Have you ever experienced a life-changing moment or sudden realization? When Elise Ballard experienced her own epiphany, she was so stunned… Continue

Jean shares her love of the regency period, some interesting facts about the Duke of Wellington and tells us about her latest book 'For Love is New.'

A Salute to Editors, Part 1

This week, I present part one of an interview I did with Kat Thompson, former senior editor at Echelon Press. Although since she first sent me the email leting me know Echelon had accepted two of my novels for publication, and since she graciously agreed to an interview, she has stepped back from major editing duties. However, as a guide and advisor, she possesses skills and talents from which all writers may benefit.

1. Who is Kat Thompson? Tell me a little about yourself. What one… Continue

People are getting sillier

Every now and then I hear something that lends credence to my long held theory that people get sillier every day.  Today I heard that a childcare centre in Queensland is banning the nursery rhyme 'Baa Baa Black Sheep', or else singing 'Baa Baa Rainbow Sheep'.  Dunno about anyone reading this, but I have never seen a rainbow coloured sheep.    The closest I've seen to such a beast would be in a trip to Inida many years ago and there was a donkey painted with coloured polka dots.  Black is a…

A Space Anthology Book One – Borealis – Review by Martha A. Cheves, Author of Stir, Laugh, Repeat
‘The Borealis is a hive of villainy where anything can be bought or sold – anything or anyone – if the price is right.  Once intended to function as a city unto itself when the universe first began to ‘shrink’ and Mankind spread…
Continue

I enjoy finding fun digital short story series and this certainly is one. Thad Brown has some fun with Chapter One and I have previewed Chapter two, he just doesn’t stop. Who is Thad Brown and what does he have in store for us? Check this out and then tell me if you don’t think Biker Angel is worthy of the time and the money for the download:

An Excerpt from the Fishing Trip

THE FISHING TRIP- Chpt. 5 Cannon Balls
A quick view from The Fishing Trip
Scene-Durham is on his way to handle-up on some last minute business before leaving town.
Durham drove the F150 sixty miles into the woods at thirty miles over the speed limit with the windows down, the cool wind aiding the cigar smoke to swirl through the…
Continue

IT ALL STARTED WITH SCOOBY DOO 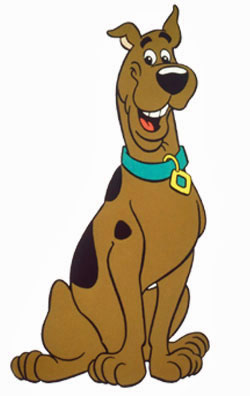 I hear this question a lot these days: “How did you get started making book trailers?” I answer, “It all started with Scooby Doo!”

Seriously. I was a fledgling screenwriter when William “Bill” Hanna of the famed Hanna/Barbera took me under his wing and taught me how it’s done. I remember so clearly walking with him along the colorful hallways of that…

I am often asked if Blood is my real name.  Yes, I was born Wendy Blood.  Great name for a writer right?  When I first submitted my manuscript, I was told I should not use a pen name, (they thought I made it up).  I informed them that Blood is my birth name and not something I made up.  Growing up, I hated the name Blood and now I love it!

A digital short story that has a mysterious Italian guy at the center of the whole thing: Was Bri Clark thinking of me when she penned this? Welcome to a part of the week I love doing and reading, Digital short Saturday. Today is definitely a double header as I have two excellent short stories to bring to your attention. The second post today will be on Thad Brown’s The Smoking Gun Sisterhood/Chapter One/Biker Angel. I am glad I discovered both;  they are both quality digital short stories…

History Buffs and Suspense Aficionados Will Love The Scorpion's Bite

Third in the Lily Sampson series, The Scorpion's Bite is another archaeological thriller written by Aileen G. Baron. As in Baron's novel, The Torch of Tangier, Lily is the archaeologist who is purposely placed by the OSS in the Middle East during World War II to do more than dig around ruins.

I have a page devoted to Cruel Irony on facebook.  Please join me and like my page!!

In 1990, after breaking away from the Planetary Alliance the planet Otar finds it’s self on the brink of ruin. In a desperate move their leader Rotart makes a foolish attempt to terraform the planet Telderan so that he may claim it and relocate the Otarian race. Ancient oracles have been warning…

Wednesday, 3-2-11 at 7 pm eastern time on artistfirst.com.  I will be doing an hour long interview to promote my new book.

The You of This Morning is Evolving at an Amazing Pace

Join us at Pump Up Your Book's February 2011 Authors on Tour Facebook Party tonight!

Pump Up Your Book will be hosting the February 2011 Authors on Tour on Friday February 25, 2011 at 9 - 11 p.m. (eastern time - adjust to your time zone). Tell your book friends that not only will this give them an opportunity to chat with their favorite authors BUT...

I took the plunge to follow the blue bird of happiness - I mean Twitter - to say mindless things about my books, events, news, writing tips or even to let one of my characters say a word or two. Follow - if you dare - since I may follow back. :)

It has never happened before, but it’s sure to happen again. Last weekend, fifteen thousand comic book fans gathered together in Delhi for India’s first ever comic con.

The two-day convention was a phenomenal success, far exceeding the expectations of both the organisers (Twenty Onwards Media) and the participants. In its inaugural year, this annual comic con provided a much-needed platform for publishers, retailers,…

Tracy Krauss, author of edgy inspirational fiction, is launching her book My Mother the Man-Eater on Feb. 24 at amazon.com 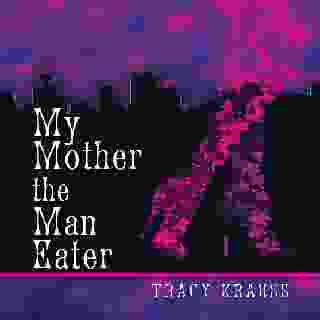 Tracy Krauss, author of ‘edgy inspirational’ fiction, is launching her book MY MOTHER THE MAN-EATER on Feb. 24 at amazon.com. You can help Tracy achieve ‘best seller’ status by purchasing the book at amazon.com TODAY!