My weeks get filled with a puppy dog and storytelling, and I don’t need to tell you which one is winning. My wife said it’s easier having a baby because when you put them down, they stay there, unlike our Tuppence who decides when she wants peace and quiet. It’s rather like writing in a way: once you put the words down you expect them to stay there, but they have a habit of demanding your attention. And sometimes they bite you, metaphorically speaking,…

Henry Lawson Bert was born at Jimstown, Ohio, on August 15, 1845, the son of Peter Bert and of Mary Frazier Bert. Henry was little more than sixteen years of age when he left his home at Tipton to enlist for the Civil War. He was not at once accepted—he was small for his age—but followed the Forty-Seventh Regiment of Indiana Volunteers from Indianapolis to Louisville, before he was finally enrolled as a drummer in Captain William M. Henley's Company I on December 21, 1861. He is…

How to Improve Kids' Writing Skills this Summer?

According to the National Summer Learning Association, children tend to slip academically during the summer months. In fact, some studies have shown that students may lose between two and three months’ worth of learning in reading, and similar losses can occur in mathematical computation skills as well.

To help your child stay sharp this summer, include some academic… April 27, 2016 (Minneapolis, MN) – Authors Jennifer Rock and Michael Voss announced today that their debut novel B. S., Incorporated will be released in May 2016, published by Wise Ink Creative Publishing.

Letters and diaries are often of more interest for the light they throw upon a way of life or a point of view than for their descriptions of great events. Such, to a degree, is the case with the letters of a drummer-boy that follow. His regiment, although almost constantly in active service, aside from the Vicksburg campaign, took part in few of the important battles of the Civil War. There are casual accounts here of a number, of forgotten skirmishes and expeditions, and something about the… Continue 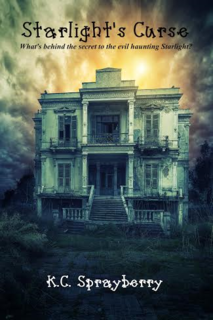 Starlight's Curse - Review by Martha A. Cheves, Author of Stir, Laugh, Repeat; Think With Your Taste Buds; A Book and A Dish

Ragged sobs ripped from her throat as she stood beneath the tree.  She raised a shaky hand toward the body, her fingers reaching for a white rectangle pinned to a bright red turtleneck sweater... This was her… Summer is finally here! That means a few months respite from all the homework folders, reading logs, and school newsletters parents have to check every day. Sadly, it’s also a time when many students forget some of what they’ve worked so diligently to learn. The good news is that there are many hands-on summer activities for parents who want to give their children an academic boost. Even students who excel in their studies could benefit from a refresher before fall rolls around.… 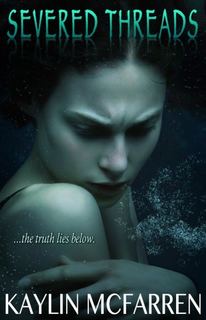 Severed Threads - Review by Martha A. Cheves, Author of Stir, Laugh, Repeat; Think With Your Taste Buds; A Book and A Dish

"Somewhere on board the ship is the gift Mai Le intended for her lover. According to ancient scrolls handed down by my grandfather, it was hidden in a handcrafted box disguised as a Chinese betrothal chest. After a… 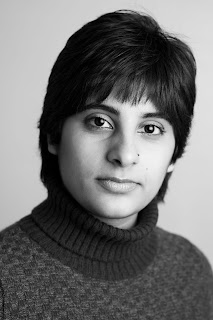 The Puppy is WInning at the Moment

It’s been a hard week. Puppies don’t realise what a strain they put on their owners. I’ve been exercising muscles that have been dormant for ages. How do you make a garden puppy proof? A lot of hard work. How can you get work done when you are keeping an eye on the little one because your wife is having a well-deserved break from it all? Me and Tuppence fell asleep while I was on duty. Fortunately she woke me up before my wife came home. But I have…

Nine Month Midnight by Marie Bacigalupo was a deeply compelling, at times heart-wrenching story, about grief and the desperate need of a mother to reunite with her dead child. Since losing her four-year old precious daughter to cancer a year ago, Dolores Walsh has been living in limbo, like a…

A review of Steve Sheinkin's BOMB by Jeff Bailey

Today, I’m reviewing BOMB, The Race to Build - and Steal – the World’s Most Dangerous Weapon by Steve Sheinkin.…

Between the Common Core State Standards and corresponding PARCC assessment (which will eventually be in lieu of the New Jersey ASK test), students are required to read more complex texts and answer questions that require a higher degree of critical thinking skills. Tired of students using words such as “good”, “nice”, or “stuff” in their writing? Wondering how to develop your students’ vocabulary? One way to think about this goal is in terms of the Common Core State Standards. By using the standards as a guide, it is possible to make more informed decisions about which activities and lessons will build a richer vocabulary for our students. Below are several ideas to get you started with vocabulary acquisition and use into lesson plans(headings are…

Felix Voltz was 18 years old (possibly younger) when he ran away from home on January 30, 1865 to enlist (to his family's dismay). He mustered out with the company on July 1, 1865, at Arlington Heights, Virginia, and served as a drummer in the 187th Regiment, New York Volunteer Infantry for five months.

Felix wrote letters to his family in Elmira, New York, which describes the rigors of Union Army life from February through June 1865. The letters are held in the Special…

Do the Smarter Balanced Assessments Help Your Child Get Into College?

Like the counterculture era soul song, “War,” sung by Edwin Starr, the Smarter Balanced Assessments get people riled enough to ask a key question: “What is it good for?” Whereas you may be of the opinion that the war is good for “absolutely nothing,” it’s difficult to assign the same value to something so relatively new like the Smarter Balanced Assessments. These are tests that are supposed to, according to…