The ‘crime fictionista’ strikes again! Goodbye Noel by Nike Chillemi starts with a bang and never lets up. This is the second in Chillemi’s ‘Sanctuary Point’ Series – mystery crime stories set in a small, post WW II American town.  This installment takes place right after Christmas when a young mother is found dead under her Christmas tree. Katrina Lenart, a maternity nurse who happens to stumble upon the scene, is given temporary custody of the orphaned infant while Inspector Ian…

Ink Heart: An Intriguing, Imaginative Tale About What Happens When Books Come To Life, Literally

The Yatteirng And Jack : A Attempt At A Overdone Idea That Sadly Missed Its Mark.

The Yattering And The Jack By Clive Barker

Overall Rating: A attempt at a overdone idea that sadly missed it’s mark.

This is a another short story by Clive Bark out of the “Book of Blood.” And regardless of the cheesy titles, I like what I have read so far. It is great to see someone with their own style rather than ripping off someone else. So this is the first story. It’s called the “The Yattering and The Jack”
So to start off with, it’s not as dark as twisted as Barker’s…

Hi, my name's Karen. I'm in all the trafficker books and have a you tube video. Keith's now given me my very own twitter and Facebook pages. Now all my fans can join and tweet me. I have also joined in with Keith and we've built an…

The Stages of ME - Kathy Henderson, Author

The Stages of ME – Review by Martha A. Cheves, Author of Stir, Laugh, Repeat and Think With Your Taste Buds – Desserts
…
Continue

Pump Up Your Book is pleased to announce Karen Glick's Questions in the Silence Virtual Book Tour 2012beginning on January 3 and ending on January 27 2012. Karen will be on hand during her worldwide tour promoting her book and giving us candid interviews and guest posts where we learn more about the author, she will have her first Twitterview and AuthorVid as well as giving her fans an opportunity to talk to her live via a chat room on January 27 where she will be giving…

Yeah! Sales are increasing! My blog is now averaging about 75-100 hits an hour. My Facebook Fan page has almost 3,500 “likes” and my Authors Den profile is averaging 100 hits a day. So, here’s the breakdown of all my promotional and marketing efforts so far. The newspaper article scheme did nothing for sales but probably exposed me to a few new people. I would recommend against it. The ads I paid good money for, like the Litopia and YA Reads.com did almost nothing for sales. Perhaps, I got a…

Pump Up Your Book is pleased to announce Chris Shella's Reasonable Facsimile Virtual Book Tour 2012 beginning on January 3 and ending on January 27 2012. Chris will be on hand during his worldwide tour promoting his book and giving us candid interviews where we learn more about the author, tips on writing legal thrillers and advice on how to become a published author as well as giving his fans an opportunity to talk to him live via Pump Up Your Book's chat room on January 27…

The G-ZONE Today and into the New Year!

Before everybody forgets about 2011, I wanted to get the schedule for The G-ZONE out there for the first week of the New Year.

Featured on a Publishers Weekly Blog

"When the Lights Go Out" trailer (Max Elliot Anderson) featured on a Publishers Weekly Blog! Scroll to the bottom!…

Out with the old, In with the New

Happy and Healthy New Year to all.

So you want to know who Wenona Hulsey is when I'm not a writer.

So you want to know who Wenona Hulsey is when I'm not a writer.  Very hard thing to do is separate my life from my writing.  My mind is always spinning on a scene or looking for inspiration to strike, even while I slave away at my day job as a shipping manager for a medium size company or while I'm taking my two kids shopping or to the lake.  I don't think I have a life that can be separated because my writing is part of my day to day life just like eating at my favorite Chinese restaurant…

It is official. I will be presenting four webinars...one a week...in the month of March for the SavvyAuthors.com website. Each session will begin at 9 p.m. EST/6 p.m. PST Here is the overview. For full information and to register, visit…
Continue 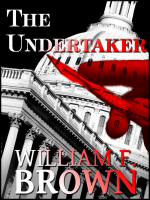 The Undertaker – Review by Martha A. Cheves, Author of Stir, Laugh, Repeat and Think With Your Taste Buds Dessert…
Continue

Did your children - grandchildren get a Kindle or Nook?

Did your children - grandchildren get a Kindle or Nook?
http://booksandboys.blogspot.com

Book Review: The Underlying Hand: Book One of “The Divine Chronicles,” by Roger P. Koch 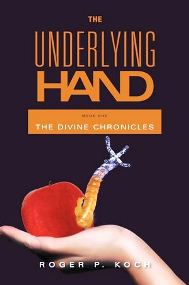 Combining elements of drama, historical fiction and science fiction, The Underlying Hand is an original, fascinating novel that explores controversial subjects such as the origins of mankind, the Sons of God, Eden, and The Flood.

The story begins in the Nibiru Space Station 64,000 years before The Flood. Having escaped from near annihilation, the…

The Visionary - a review

On the surface, twins Taylor and Trevor Forrestier appear as confident and successful operators of a growing architectural design firm. However, things aren’t always what they seem … The Visionary by Pamela Thibodeaux is the story of their journey toward emotional healing after suffering from horrific abuse as children. Along the way, each twin also finds true love, something that neither thought would be possible. But freedom from the past isn’t without its own…

Change is the Focus of the New You Committee

Portions of the newsletter, not related to books, have been edited out. View the complete edition: Here…