The covers of these stories are cute but the story inside is one that is filled with anger, heartache, revenge, and humor. Cody Toye is a multi-genre author that has touched on a very serious subject with “Dribbles”. Job loss, dealing with it, some call it “being separated” from one’s job or vocation. Let’s call it what it is, job loss and anger. Toye allows his characters to feel real emotion, act out, vent it, seek revenge and get back at those that have done wrong. Dribbles the Squirrel is a great vehicle, a read that if taken in the context of which it is what meant to be is a very fulfilling poke at “The Man”. Who does not like to do that?

The real deal on Dribbles:

“Left without options, Mr. Quinten signed for an exterminator to rid him of his squirrel problem. The man is known as the most efficient killer in the business and would have the job finished that same afternoon. What he didn’t expect, was that the army of super intelligent squirrels were being helped by a lazy security guard and a disgruntled employee. It all boils down to this. Man versus beast, minimum wage versus C.E.O. Armed with the deadliest weapons of his trade, the man from Carries Kill Center shall walk into a battle he will not soon forget.” 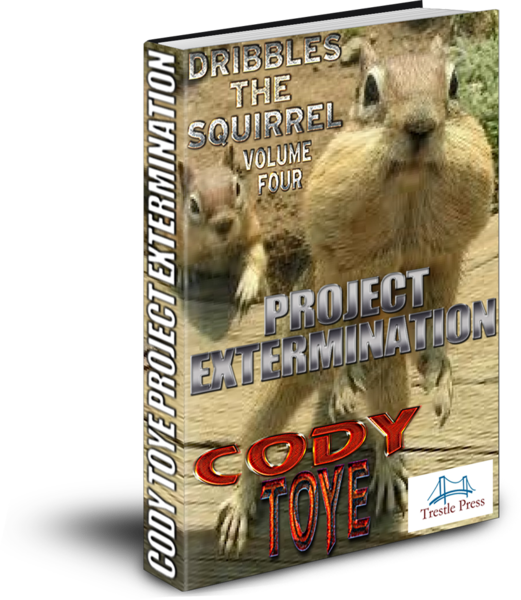