'Internet SOS' - "Save Our Systems"
By
Gregory V. Boulware, Esq. 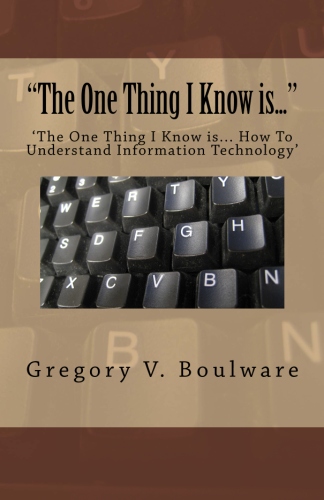 /*
"On the internet-wide day of action on July 12 nearly half a million people signed up for Team Internet, the next phase of our plan to defend net neutrality against the Trump administration, the FCC, and greedy corporations.
If Trump's FCC Chair Ajit Pai won’t listen to the millions of people who support real net neutrality, we’ll get Congress to convince him his plan is a disaster for free speech and innovation. We have to do everything we can to stop the FCC and Congress from destroying net neutrality. This means persuading members of Congress to unequivocally oppose the FCC chairman’s plan to gut Title II net neutrality and preventing reps from introducing legislation that could hurt the open internet.
Team Internet is a decentralized group of volunteers working together toward a shared goal of maintaining Title II net neutrality. We’re combining people power with technology to build a volunteer network of bold activists who can hold their leaders accountable!"
~ David Segal, Executive Director, Demand Progress - info@demandprogress.org ~

It is believed that China's Military is the chief suspect in the attack on Google's email infrastructure and its servers.

The ability to disable anything - "From power grids to the Stock Exchange", says Duncan B. Hollis and David G. Post of the National Law Journal. "Thicker Firewalls and better mechanisms to detect and repel cyberspace attack strategy." How to defend Military, Private, Commercial, and Worldwide infrastructure(s) is a chief concern for cyberspace attack issues.

A Tanker Ship Captain who was requesting aid sent an SOS via wireless radio. The call was heard almost immediately. A helicopter was dispatched as well the sea going vessel that initially received the call. Pirate vessels were descending upon the hapless vehicle, an Indian Oil Tanker.

The pirate boats aborted their attack for fear of the chopper and the arriving rescue ship. The receipt of an SOS by International Law requires its reception by seagoing (air as well) vessels to render assistance "at all possible speed." This particular incident occurred off the coast of Somalia, January 2009. What about the assistance duties of cyberspace? A Captains mayday call or distress signal requires immediate response and or assistance. In today's world of cybernetics, hyperlinks, and various information and data transmission (transportation)...legal issues arise in responsibility assistance and protection in and on the Internet - a virtual sea. The new type of pirate is here to challenge an threaten all with its "new form of attack(s)." The hacking of a million plus computers that encountered blocked Internet access was commandeered by the hack-attack. Internet networks and Intranets became vulnerable as well. The cyber attack filled newspaper headlines around the world. Government Network Operations, Emergency Telephone Connections, Electronic Banking Services, Hospitals, Colleges and Universities endured major communication and transmission interruptions in 2007.

The compromise of these networks and millions of connecting nodes has suffered repeated attacks. It has also been reported that militaries by the dozens have combined its forces and created what's known as "Cyberforce."

Security measures, in many cases, challenge hackers to improve their techniques while attacking vulnerable "Open Networks." Identifying locations of attackers arise from the structure of the Internet. It is almost impossible to enforce the "Cyberspace Criminal Law(s). Military "Laws of War" do not apply so easily when it comes to law enforcement in cyberspace - the tools are merely instrumental protection for "Internet Users." This recognition can therefore be quite effective in the fight against hackers. Entities in a position to assist would have an opportunity to respond to the sender of the SOS. Attackers could be cut off from users in need. The attackers could be traced to its origin(s) and thereby canceling out further interference from the cyber attack source.

Decisions to assist come only from providers that wish to utilize the aid resources. Holding cyberspace attackers accountable for their destruction/disruptions is not an easy task. All that providers can do is to keep the attack to a minimum level and provide assistance upon availability. The SOS in cyberspace can be heard. Most "Cloud" entities, agencies, and companies are capable of defending their Intranets and Quasi-Networks from major attacks by hackers with many protection tools and firewalls. It does not mean the law can't or won't intervene, especially when defensive and/or preventive measures have been implemented.

The point of the matter is that Internet users can and should expect and receive help from the Internet Cops. The village at large is or at least should be involved in the prevention and reporting of cyberspace attacks.

"In 2014, the Supreme Court ruled that when police arrest someone, they still must obtain a separate warrant to search the suspected criminal's cell phone.2 However, Fourth Amendment warrant requirements don't apply at the border.

Our cell phones and laptops aren't just luggage—they carry our whole life's information on them. And not only are border agents allowed to demand your passwords, they also can take devices away from travelers for up to five days without cause.

And while these searches didn’t start with the Trump administration, border agents who are bolstered by anti-immigrant rhetoric and the Muslim ban ordered by Trump are becoming more forceful in their searches. In 2015, there were fewer than 5,000 of these searches—but there were 5,000 searches in February alone this year. Victims report being detained, assaulted, and abused by agents when they've tried to deny access to their devices.

At America's border entries, U.S. citizens are being given a choice: Hand over your cell phone password, or risk being detained—perhaps indefinitely.

Trump's Department of Homeland Security has decided that constitutional rights disappear at the border. At skyrocketing rates, border agents are searching through all of our data in cell phones, laptops, or tablets without a warrant, or even probable cause. These technological strip searches are a gross violation of our right to privacy, and we are raising grassroots support for a bipartisan bill to stop them

There is a way to stop these searches. A bipartisan bill, the Protecting Data at the Border Act, has been introduced to require border agents to get a warrant before requiring that a traveler unlock his phone.

But the bill is stalled in the Senate, so we are launching a campaign to make sure it becomes law."

1. NPR, "More Travelers Entering U.S. Are Being Asked For Their Cellphones And Passwords," April 11, 2017

“COBOL and The SSA”
http://cobolandthessa.blogspot.com/

'The Platform On The Cloud'
http://theplatformonthecloud.blogspot.com/ 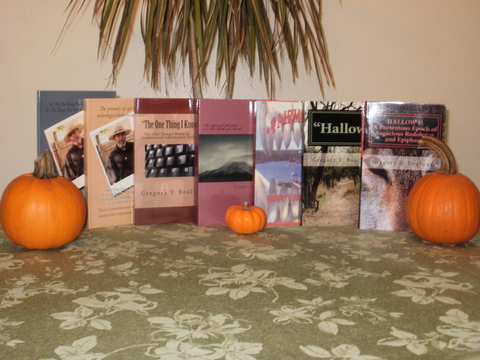