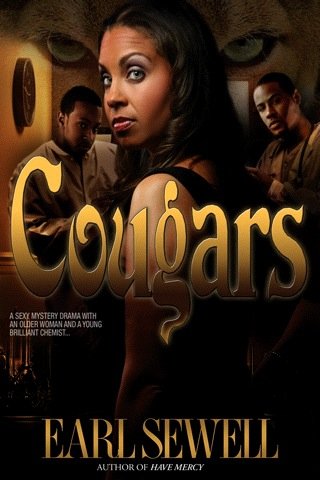 Earl Sewell has not received any gifts yet

National Bestselling Author and Award-Winning author, Earl Sewell, has written eight novels which include, The Good Got to Suffer with the Bad, Through Thick and Thin, The Flip Side of Money, When Push Comes to Shove, Keysha’s Drama, If I Were Your Boyfriend, Love Lies and Scandal and his debut title Taken For Granted, which was originally self-published through his own publishing company, Katie Books.
His work has also appeared in four separate anthologies which include, On the Line, Whispers Between the Sheets, Sistergirls.com and Afterhours: A Collection of Erotic Writing by Black Men. He has written numerous romantic short stories for Black Romance Magazine and has been featured Black Issues Book Review Magazine and Upscale Magazine.

Find more photos like this on African American Book Clubs

Earl, I am so sorry for being "kind of late" in replying to a remark about your father's drinking. When I talk to addicts, I tell them to let go, and let God. Not forgiving keeps you from moving on in your life. You may never forget but you don't have to keep them in your life. Forgiving them doesn't mean that they were right and you were wrong.

Shawna Hill said…
Hi Earl. Thanks for the friend invite. Nice page. Looks like you are keeping busy and that is always good.

I , myself hace self published and am looking for ways to get the word out about my debut novel, In Between Lies, and you seem to be the person to ask. Do you have any pointers?

I bought 100 books two weeks ago and have 24 left on Someone Stop This Merry-Go-Round; This Alcoholic Family in Crisis. So many people are affected by this disease and relate to the book.

It's wonderful that you moved on, but more importantly, forgiving. It is a illness. It's not the person we hate, it's the disease because it changes them completely. After so many years, they either chose not to stop or can't.

We have to do what helps us survive.

MaryGrace Dansereau said…
Earl, thank you for the friendship invite.