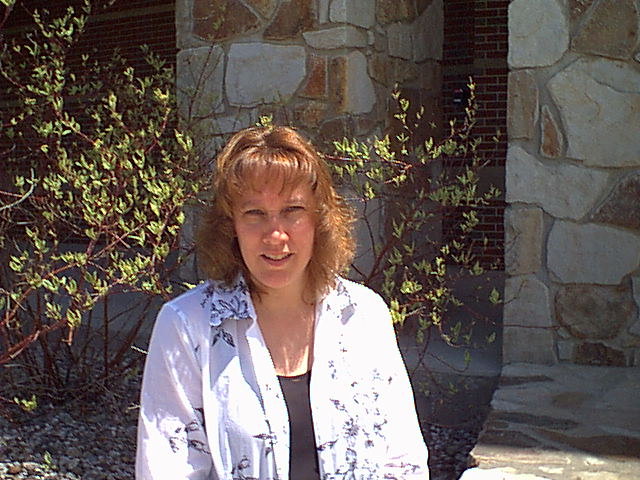 Something About Me and My Book:
I am 48 and reside in Turner, Maine. I am married and have raised three children. Now that my children are grown, I have time to write. I find that when I write, my imagination runs wild. I conjure up all kinds of ideas and my characters are set free with no boundaries.

In Series One of, Victor's, A Matter of Choice or Death, my characters find themselves in a tangled web of deception. Jennifer finds the deaths of her friends overwhelming; that she now has to care for their three children along with hers. She flies to Italy, buries her friends, gets kidnapped and is instructed by her captor to send the children away. She sadly complies. Victor, her captor, wants something Jennifer now possesses. Jennifer is clueless as to what that might be, but must remain captive. That is, until Victor's plan is carried out. Victor feels he must prevail, but finds he is falling in love with Jennifer. It's a complicated and devious plan, but does Victor succeed?

Continuing from Series 1, Victor has tried to move on with his new life. A life without the mob and without Jennifer. He is having a hard time; never having been a parent before. He finds he is being pulled in several directions but never seems to get any work accomplished. Going against his better judgment, he accepts his attorney’s suggestion to have Jennifer investigated. Meanwhile, the police seem to be closing in on him. He can wait no longer, he decides to call her.

From abroad, Jennifer receives his call and is all too delighted to hear from him. Especially that he misses her. Much to her surprise, he lands on her doorstep. Much to his surprise, she is with child.

They eventually reunite and return to Italy. There, the police are watching Victor’s every move. They have been to Lorenzo’s home twice, questioning him in detail. Lieutenant Simones is building his case against Victor, for murders that reach far beyond the Valentino’s. But, can he prove his theories?


Series Three: Victor's, . . . takes you further into the investigation and the saga of a twisted deal. 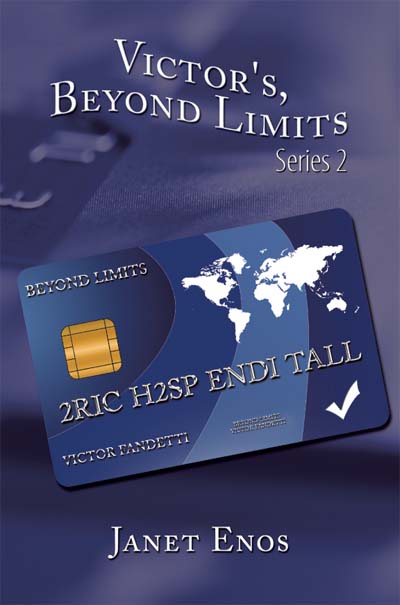 SYNOPSIS:
Standing at a file cabinet, thumbing through some names on folders, Lieutenant Simones pulls out a file and returns to his desk. He picks up other files, piles them on one of several stacks that clutter his desk. He pulls a cigar out of his pocket, bites off the end, spitting it into his metal trash can. It tings, hitting the side of the can. He grabs the lighter off the desk and flicks the roller. The flame shoots up a few inches as he lights his cigar. Placing the lighter down, he puffs a few puffs to get his cigar going good then opens the file. It is an older file of a victim found at sea, a middle age male, shot and his body dumped. He looks at the photo of the corpse. A fatal wound in the middle of the forehead. He grabs a file off of one of the stacks on his desk. Another male, younger this time, body found at sea recently, shot in the middle of the forehead. He flips through pages to the ballistic report of the old file, then flips through the new file at its ballistic report.
“They are the same!” He says to the empty office. “Ha–ha! Sloppy job . . . I’ll have you yet!”
He closes both files and paper clips them together. He leans back in his swivel chair, which also rocks, places his feet up onto his desk and smokes his cigar, blowing the smoke into a long stream of cancerous vapor. He studies the smoke as it dissipates. Blows another smoke cloud and watches it vanish. He suddenly has a thought. He places his feet down and leans forward in his chair, pulling out the file of the Valentino deaths from out of the middle of a stack. He opens it. He quickly flips through the pages to some of the last know whereabouts of the Valentino’s. He finds what he is looking for; a common hangout was a bar named Braziano’s. The Lieutenant un-clips the two files of dead men and finds that both of them also frequented Braziano’s. He sits back in his chair, puffs his cigar, thinking of the bar and all the people he knows that frequents there, then realizes that Fandetti also frequents Braziano’s. 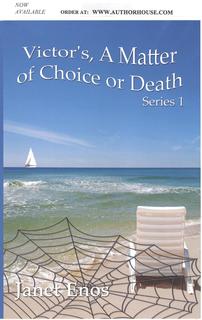 The man in the blue suit who is standing by the window, whose name is Victor, stares out to an old abandoned playground below. Thoughts surround him of days gone by, as he hears the room quieting down from the arrival of this family. He allows himself to drift back when he was a child playing in that very playground below. Soccer was all he and his friends played. Playing for hours on end until his mother would call him up for dinner. The room quiets, returning him to the present.
Victor slowly turns around and takes the chair to sit on. It is the only chair in the room. The chair is very clean and looks like it was brought here just for him. It is wooden and has a blue velvet cloth seat.

Victor looks strait at Jennifer rocking back and forth. It is almost a stare, directly into her eyes. They look at each other for a moment. A very quiet moment that seems to feel like eternity, but she does not back down from his gaze. So she continues to stare back at him, hoping that he can read her mind, that she is very angry for this treatment. Brian is still shaking in her arms and clinging to her tightly. He begins to cry again which takes her eyes away from the stare.
“Shh shush,” she says to him as she rubs his back.
Jennifer looks back up; Victor is watching her. He has an average to thin face. His hair is short with random dark brown curls. He has a beard that is cut very near to his face. Very neat is his appearance. He is without a doubt, a good-looking man, in a suit, in a very dirty room. He is holding a small pistol in his hand which rests in his lap, while his legs are crossed under the chair. That gun looks like a 9mm German Luger. Jennifer focuses harder on the gun. How did he get one of those? I had always wanted one to add to my gun collection at home. The gun is about half the size of that the other men carry for guns. As she looks again, she notices that their weapons of choice look to be SW 500's, very deadly guns they carry. Jennifer has seen these in gun shows that she used to frequent when she went to shooting competitions. How I wish I could just get my hands on just one of those guns for only a minute. I could capture them all and we could escape. As she stares at the guns, plotting an escape with revenge, the seated man speaks to her, diverting her attention back to his face.
“Do you know why you and the children are here?”
“No.”
“You have something I am looking for.”
“I do not know what you want,” she snaps back with authority. “What is it you are looking for? How dare you do this to us! Especially today.”

At this point, the children begin to cry again because Jennifer has raised her voice in anger. Ali, her daughter, whispers to her that she has to go to the bathroom. “I am sorry,” Jennifer whispers back to her, “but you will have to wait for now.”
“I can’t.” She says in a loud voice, “I have to go now!”
Victor motions to one of his men who moves forward.
“No, wait!” Jennifer snaps back, as the man comes forward to her daughter.
He grabs Ali by the arm, then leaves the room quickly with her.
Victor speaks again. “Go toward the doorway and kneel down.”
What are you nuts! She slowly peels herself away from the children, shaking scared that he will shoot her, but she finds herself doing as he says.

Just wanted to wish everyone a safe, happy and prosperous new year! May 2010 be your year in every way.

Getting there in Maine!

Hope everyone is getting there in where they want to be. My second novel is selling well. Readers are requesting the third series. They are moving much faster than I. LOL

When you get a minute, check out my novels. I have not had one person say the didn't like them, they all want the next one!

An exciting weekend for me....my daughter is getting married. Yahoo!!! Can't wait to see all the drama unfold. Will be sure to have tissues on hand. LOL

Hello to all. Hope everyone is enjoying success. Series 2 of my novels is moving along very nicely. When you need a new read...check it out!
Take Care

Hope Spring finds you well and successful. Taking a moment of your busy day to inform readers that my new novel, Series 2 Victor's, Beyond Limits is now available at authorhouse.com and available on Amazon and other popular sites. If you didn't get a chance to read Series 1, then now is a good time to order both novels while I'm busy creating Series 3. The adventure and suspense rolls on, don't miss… Continue