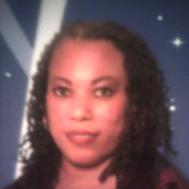 Something About Me and My Book:
You Cant Save Them All This is Jeanette Michelle’s 3rd
published novel (2nd fiction novel).

The story is centered on an Attorney out of Chicago
where a paralegal, Lisa decides to go searching for the
perfect case for her colleague Ethel to take in order to
obtain fame and recognition. Lisa stumbles across what she calls the perfect case, which is in a town her colleague, Ethel despises. Trusting Lisa’s judgment, Ethel accepts although she is unaware of the specific details of the case. This suspense novel not only depicts the life of an attorney in the court room, but her personal life and calamities that evolves her.

This author is also the host of the Dark Mantis Internet talk show. To know about this author visit http://www.iamdark.com

Jeanette Michelle finally releases Third novel You Cant Save Them All

It’s been over a year since Jeanette Michelle’s last release, Taking Care of Henry, which is a written non-fiction documentary dealing with family members who encounters a love one with Alzheimer’s stricken by a stroke. Millicent Quinones were… Continue

My website is still a work in progress, but at least it's out there. I am also in the process of starting a blog about writing and the novel I am working on. Sorry so late getting back to you. October was a crazy month with working two jobs (my regular job as an accountant and working weekends at a haunted house - which was a lot of fun!) and the Southern Festival of Books. November has been recovery month and catch up at work. And, of course, there is the current month of December of which no one gets any rest - haha.

I would like to be a guest on the show. However, this month and next are bad for me - especially January with closing December and all the year end stuff (major brain drain).

Sales on the novella are a slow go, but I am learning so much and using the novella to test the market is a blessing, I would much rather find out what to do and not do with a novella than a novel. Hopefully, with the novel, I will have a publisher (professional editing, book covers, and more ideas on how to market). Self-publishing while trying to hold down a full time job and continue to write (oh, did I mention have a family life?) is a hard road to travel. But - I am determined to be successful even if I have to lose pieces of my sanity along the way.

Hope to hear from you soon.

Denise Baer said…
Thanks for the well wishes, Jeanette.

I wish you the same with your novel.

"I am determined to be cheerful and happy in whatever situation I may find myself. For I have learned that the greater part of our misery or unhappiness is determined not by our circumstance but by our disposition."

Jeanette Michelle said…
I don't know who sent that comment and I do appreciate the comment that was made - whoever you were thanks and email me again.

An interesting photo but it would be nice to see your face :))