RABT Book Tours is Officially 5 Years Old!
We are celebrating by offering our Biggest Discount to Authors + a Reader Giveaway!
Book Your Tour by May 6th and Receive 50% Off any Tour by using the Discount: Code RABT50 !
Tours can take place anytime between June -…
Continue

Where have the days gone? It seems like Christmas was only five minutes ago. I’ve had enough time since then to be halfway through my next novel, but so far I’ve done precious little. I’m feeling fairly calm about that, and expect to explode into life later this year.

Now things are returning to normal after our fairly busy schedule, I can hopefully think about the promotions I’m involved in this month and keep my fingers crossed for some light…

If you like your romances spicy, don’t miss the Naughty Nobles trilogy….
3 super-hot historical…
Continue

Another reviewer found Shares The Darkness worthy of five-stars. I'm pleased. What--you haven't read it yet?

Below is a draft copy of the jacket blurb for my second novel Saving Paludis. I would be pleased to get some feedback - too short? better words? better structure? etc. With thanks, Graham C.

On a planet far from Earth rebellion is underway.

The natives, subdued by military action in the distant past, occupy a…

Inspiration for a Mystery

I'm playing host today on my blog for my friend, the prolific mystery novelist Marilyn Meredith. She's discussing the inspiration for the latest in her Rocky Bluff P.D. series. Have a look: http://jrlindermuth.blogspot.com/2017/04/the-inspiration-for-unresolved.html

Back up and Stretch!

I promised myself a short reprieve from writing.
A time to reflect, gather my senses, do a few promotions and relax. But in reality, our lives instantly give way to other duties which immediately rush in and fill that imaginary gap.  Family, work, and even play, can easily and subtly take over your writing time in such a way that it can almost be impossible to get back to writing anything meaningful and coherent.… 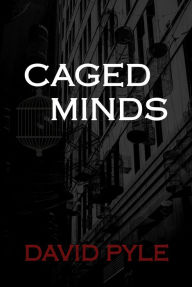 Despite the five star rating, there is nothing sunny and warm about this luxurious downtown Chicago hotel. Five important guests are arriving - invited, coerced, and even blackmailed by… Do you believe in Angels?

Deep in the South African bush country, a wealthy British doctor and his family spent the greater portion of their professional lives in aid of others. However, goodness and sacrifice is not always… 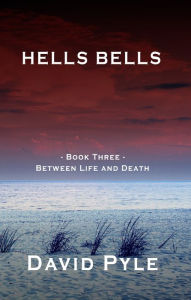 Reborn!
Thirteen years have passed since James Earl Williams was murdered, buried, then through a powerful ritual of dark magic was resurrected to a body of Flesh and Bones.
During the last decade, peace has reigned… 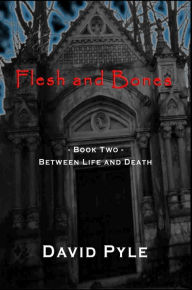 The Saga Continues in Flesh and Bones

In Book One of this trilogy, Bitter winds of change swept through the Ames family. Dark magic and deception lured seventeen year old James Earl Williams into a deadly trap using a supernatural bond of love as its bait.

Greed and a relentless…

The Black in Me

This poetic offering from Sean C. Harrison serves as an enduring chronicle of the struggles and triumphs of peoples of African origin, whether they be nestled in the jungles and settlements of Africa or live supplanted in the countries of the west. It is a uniting account of the battles of not only the black day to day and historic experience but that of the individual and collective psyche as we seek to assimilate into our indigenous realities the ways of a western world consciousness largely… Continue

I didn’t write my blog last week because I was in Spain enjoying the sun and linking up with old friends. The week before that I travelled up to Norfolk to attend the funeral of an old work colleague of mine: another opportunity to meet and chat with old friends of mine from the workplace. It also gave me the chance to spend some time with my eldest son, Vincent, and just relax in his company.

Despite all that, my mind wasn’t too far away…

Stars Are Adding Up

Geronimo Must Die earned yet another five-star review from a reader. https://www.amazon.com/gp/customer-reviews/R1SXQT0DKRUQG8/ref=cm_cr_dp_d_rvw_ttl?ie=UTF8&ASIN=B06XFZJG5H

Millennials Will Die in Debt 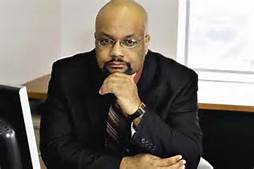 If you are a millennial, or the parent of a millennial, and you want to avoid building up a mountain of student debt, you need to read my ebook Shaking the Money Tree.

According to Dr. Boyce Watkins, millennials… 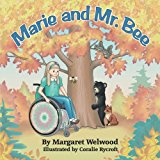 In this wonderful children’s book we meet Marie, who is a lovely happy little girl who just happens to be in a wheelchair, and for me this is a very important element of this book and one which makes it extra special. Millions of children are in wheelchairs and yearn to be treated normally…

I'm pleased to get another five-star review of Geronimo Must Die from this fine Western novelist: https://www.amazon.com/gp/customer-reviews/R1VY5OFXEMSWBB/ref=cm_cr_dp_d_rvw_ttl?ie=UTF8&ASIN=B06XFZJG5H

Get to know the man who wants to save Geronimo from a sniper's bullet. I'm hosted by Marla McGraw on her blog: http://marjamcgraw.blogspot.com/