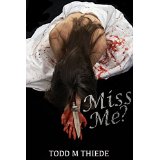 In this action packed story, Detectives Max Larkin and Jesse Fairlane are looking for a man who has raped and murdered.

However, they soon find themselves teamed up with FBI Agent Timothy Michaels, who informs them that…

Looking back over the week, I can see I’ve been busy but I can also remember how much rain there has been. Monday was torrential. Tuesday we went on a coach trip to Salisbury and it rained there as well, all day. We went into the cathedral. It was the first time for me, but this is the 800th year of the signing of the Magna Carta (1215), and I wanted to go into the cathedral and get a sense of the history behind our heritage. While I was in there admiring the huge structure, I… 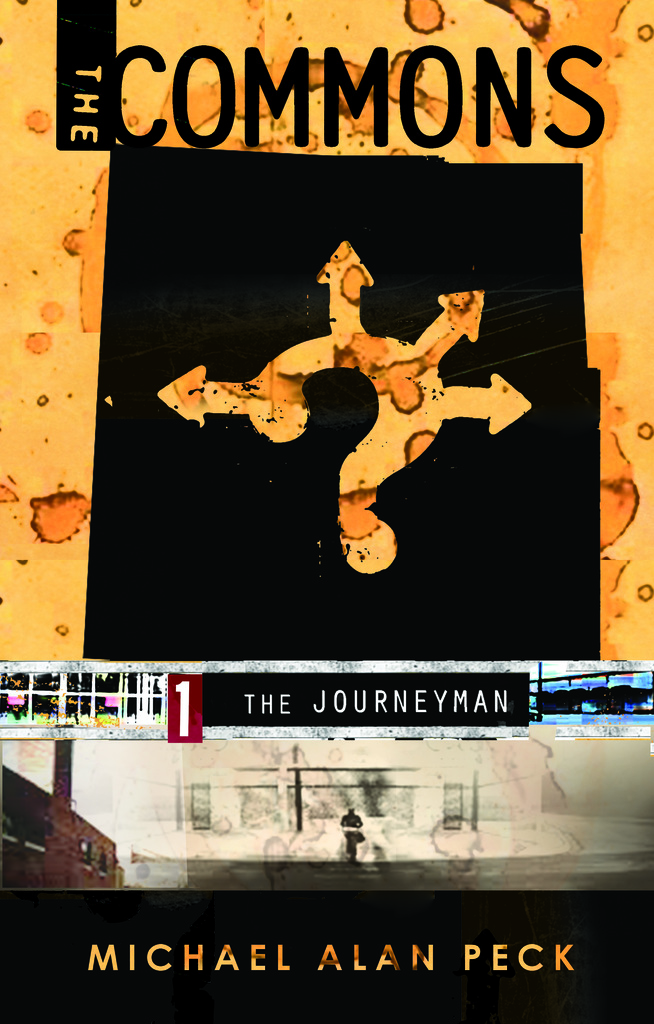 The Indian Prairie Public Library announced today that this year's winner of the Soon to be Famous Illinois Author Contest, Michael Alan Peck, will be at the library on September 16, 2015 from 7:00-8:30PM to talk about his winning novel, The Commons: Book 1: The Journeyman, and how it came to be. He'll conclude with a Q and A…

The Use of Vibrant, Colorful Illustrations Bringing Authenticity & Life to Stories

Beautiful illustrations bring clarity and depth to words in a story.  The presence of colorful illustrations is crucial in children’s literature. In fact, Illustrations are used as an introduction for children, into the world of books.  The more vibrant and colorful the illustration, the more it can attract the interest of children and help them relate to a story. Illustrations also help identify colors, shapes, animals, and other everyday objects.…

The Legend of Mad Myrtle

Urban legends and ghost stories are part of our culture. It is in our nature to explore the eerie and spooky. We have an insatiable craving for stories that will make the hair on the back of your neck stand up. Well, let me tell you a tale that not many have heard of. It is the story of Mad Myrtle. Like many legends, there could be more than one version. This legend, though, originated somewhere in the Tri-State area where the infamous Tri-state Tornado of 1925 took place.…

Poem: A Taste of Psalm 8

O Lord, my everlasting God,
Your splendor warps my thinking;
this Cosmic playground of Yours,
encourages me to keep expanding

in my search of finding You near,
in the nuances of my existence;
I’m surrounded by circles of Life,
which are endless in persistence

and repeatedly bring me back to You.
I’m dumbfounded with awed amazement,
that You conceived a dynamic world
of challenging, eternal excitement

Enter to win a copy of Something So Divine: https://www.goodreads.com/giveaway/show/152631-something-so-divine 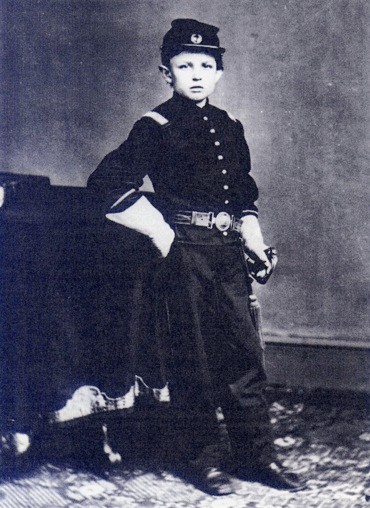 Who is this twelve-year-old lieutenant during the Civil War? Hint: His father is famous http://bit.ly/1WRu9z2

Jay Dubya Non-Fiction Book Goes Ahead of the Dalai Lama in India!

Jay Dubya News
Recent news from Rediff (buying portal) in India about So Ya' Wanna' Be A Teacher (500 pages)!  The Jay Dubya book has now gone ahead of the Dalai Lama in India!  SYWBAT chronicles the 34 year teaching career of the author and its text includes many humorous events and incidents.
Click below:
…
Continue

Where Do You Rank? 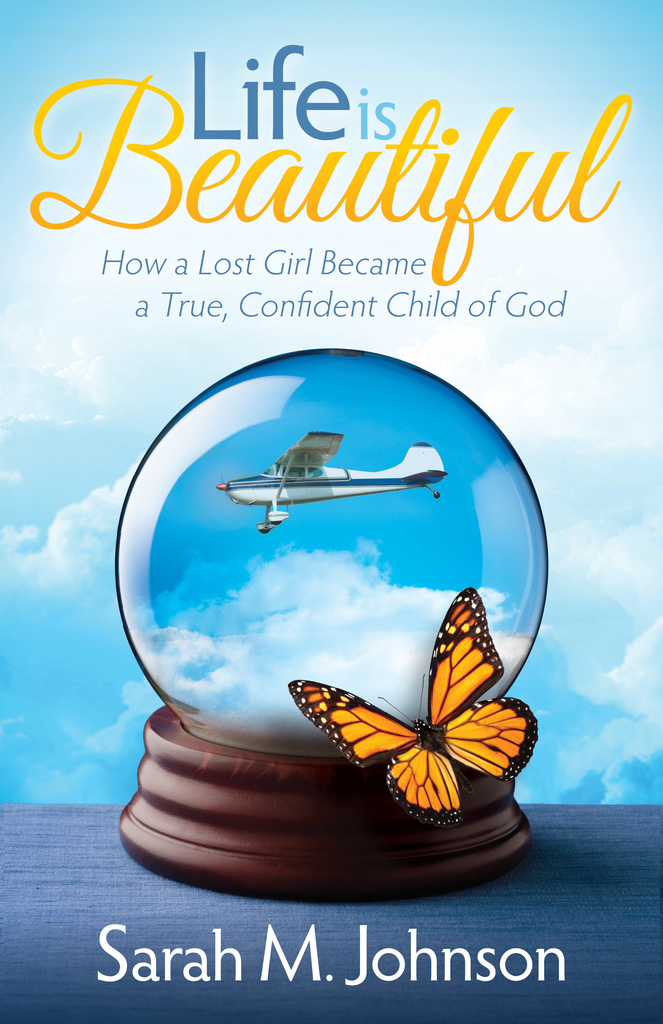 August 24, 2015 (Roseville, MN) – Sarah M. Johnson announced today that she will be at Barnes & Noble in Roseville, MN on September 12, 2015 at 2:00PM to meet with readers and sign copies of her new book Life is Beautiful: How a Lost Girl Became a True, Confident Child of God. 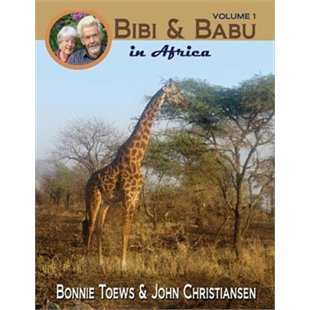 When Bonnie Toews and John Christiansen decided to take their first holiday to Africa together in their 70’s, the experience was not only amazing, but life changing.

I read this book with my Grandsons and before they opened it, the first thing they wanted to know is “Who are Bibi and Babu? Of course I couldn’t tell them, however we soon discovered that they are the…

Is There Sex After Marriage?

Is there sex after marriage?

Your sex life is great when you are newly married. In fact, you probably have sex more often than rabbits. Then as years passed, you notice a change. Your sex life isn’t the same as before. You’re not having sex with your spouse as often as you want to, and you start to wonder what’s wrong.

The history of the country we now know as Liberia began in the 1800s, when abolitionists and slaveholders discussed the idea of setting up a colony in Africa for freed African-American slaves. To this end, the American Colonization Society was founded in 1816.

Through fundraisers, the Society managed to fund the enterprise and on February 6, 1820, the “Mayflower of Liberia” (formerly “Elizabeth”), departed New York for West Africa with eighty-eight free black emigrants and three white…

Haiku: A Poem that Captures a Moment in Time

Writing poetry can help us get through the emotional pain we feel when we are down. http://bit.ly/1NuTifB

Never give up the dream!

It was very exciting last week when my contemporary suspense novel, DROP OUT hit #5 on the paid Amazon best seller list. I was thrilled to have Nicholas Sparks as my #4 competitor. How I got to this list is no secret. I booked promotional spots on high-traffic websites and spent the days leading up to the spots marketing and promoting my a*s off. I stayed at that #5 position for an entire 36 hours before slowly slipping back into the 100’s; about where I am now.

Did I ever in…

Halos are a pagan tradition
of hanging a sunlit nimbus
over the head of great people;
it’s a crown of light rays
to shed an implied importance.

The genuine humility of Christ,
will always shine more brightly
than the human ego, that insists
on sporting tilted, tarnished halos.
For Him, it’s of no consequence!

Our Lord is a spiritual high priest,
attributed with characteristics of
pureness,…
Continue

From the daily rising of the sun
and its subsequent sunset, know…
that you’ve been summoned by God.
Evident from the Universe’s glow,

His Presence, perfect in beauty,
shines eternally over all of Zion.
Christ’s majesty has been revealed!
Behold the Lamb, Who is the Lion

of Judah and the ruler of Heaven.
Though He may be presently silent,
final judgments will be executed;
His decisions won’t remain latent.

How The Mind Plays Tricks On People

Of course, we all know that we use our brain to solve problems and make critical decisions. But did you know that sometimes our mind plays tricks on us? Here are some examples you might find interesting.

Yes, that’s right…false memories. All of us have special memories that we keep close to our heart and mind. We even replay them over and over at times. But are you aware that we can create memories without them ever occurring in the…