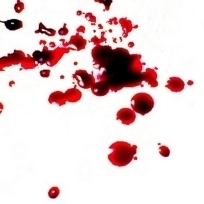 Angie L. Reed has not received any gifts yet

Hello Angie. My name is Fernando Sobenes and I want to invite you to read the prologue and the first two chapters of my novel: "The Evil Visitor" in my blog The Evil Visitor

The Reed family tries to escape memories of the death of the youngest daughter,
Rose. They leave Texas and head to a small town in West Virginia. The father
heads right to work at a law firm, working long hours. The mother busies herself
into settling into their new house and raising three daughters, Emily and twins
Caitlin and Ashley. Emily finds herself a friend in the neighbor boy Blake and
soon finds herself in the popular crowd at school. She begins dating a
mysterious boy, Max, and is adjusting well. A new boy in school, Julian, stirs
up trouble. Julian and Max clash trying to win Emily's affections. Emily is torn
between the wonderful Max and the "bad boy" Julian.

Read the entire review at http://tcm-ca.com/reviews/3116.html

Angie L. Reed said…
i'm glad to have found yet another webpage devoted to authors and publishers!

Something About Me and My Book:
I am a first time author of a paranormal thriller for teens called Hybrid.About me: I am a degreed teacher with a B.A. in English from the University of Texas at Arlington. I am also pursuing a M.A. of Education with a concentration in Reading Instruction at Dominican University and currently possess a 3.0 GPA. I graduate in May 2010. As a teacher and a mother, I understand the need for appropriate literature teens can read without corrupting their morals, spirits, and/or entire beings. Twilight started a phenomenon and I hope to make use of a readily available audience by incorporating young adult themes with the supernatural. Vampires present a natural curiosity for humans and we are intrigued by their powers as well as their mysterious natures.


Currently, I am working on a sequel to Hybrid called Bloodling. My hope is to capitalize on a genre specifically meant to entice young adults with the joys of reading. Too many teens are unwilling or uninspired to read books throughout their entireties or even all together. Therefore, creating literature that is easy to read, draws them in, and leaves them wanting more, will only serve to encourage younger readers to develop a love for literature!

For those interested, soon I will be publishing chapters of Hybrid online. Stay tuned.........

From the Publisher
The charismatic and sophisticated vampire of modern fiction that was born in the early 19th century with the publication of The Vampyre by John Polidori led to the advent of Bram Stoker’s Dracula, the quintessential vampire novel and provided the basis of the modern day vampire legend. The success of the book spawned a distinctive vampire genre and has since become a dominate figure in the horror game.
Now bursting on the scene is Angie Reed’s Hybrid, introducing a new element into the horror equation, an element that will change the new generation’s concept of the vampire. Hybrid introduces a new genre-part human, part vampire, and impossible to detect. The thought that one of these new vampires may be your neighbor and the thrill of reading the new mistress of the vampire genre will keep you riveted to your seat and mesmerize you until the final spine-tingling, unexpectedly shocking moment.

Hybrid tells of 16-year-old Emily "Dallas" Reed, who's family relocated from Texas to West Virginia after the murder of its youngest member, a 4-year-old girl with Down's Syndrome. Though nervous about attending a new school, Dallas makes friends quickly and even scores a dreamy boyfriend. She's a likable lead, more confident of her good looks, in a non-manipulative, non-obsessive way, than is typical in the teen television and books I've been exposed to. The plot could move along a little more… Continue


I've got a special treat for you guys today! The Paranormal Teen Book Club interviewed Angie L. Reed, author of the great paranormal teen romance novel, "Hybrid". Hope you enjoy it and remember to go out and get a copy!

Q: Can you tell us a bit about your book, Hybrid?

A: Hybrid is a paranormal love story with a shocking ending. Emily leaves Dallas,… Continue

The Reed family tries to escape memories of the death of the youngest daughter,
Rose. They leave Texas and head to a small town in West Virginia. The father
heads right to work at a law firm, working long hours. The mother busies herself
into settling into their new house and raising three daughters, Emily and twins
Caitlin and Ashley. Emily finds herself a friend in the neighbor boy Blake and
soon finds herself in the popular… Continue

another great review of hybrid! yippy!

Inspiration: my R.I.P. challenge and Weekly Zombies (check out the latest zombie reviews and blogosphere finds)

Description from amazon.com: Just when you think you have read and seen it all, something new dawns on the horizon. Julian, Max and Emily open a new door into the unreal, a door that will mesmerize the reader with shocking unexpected… Continue