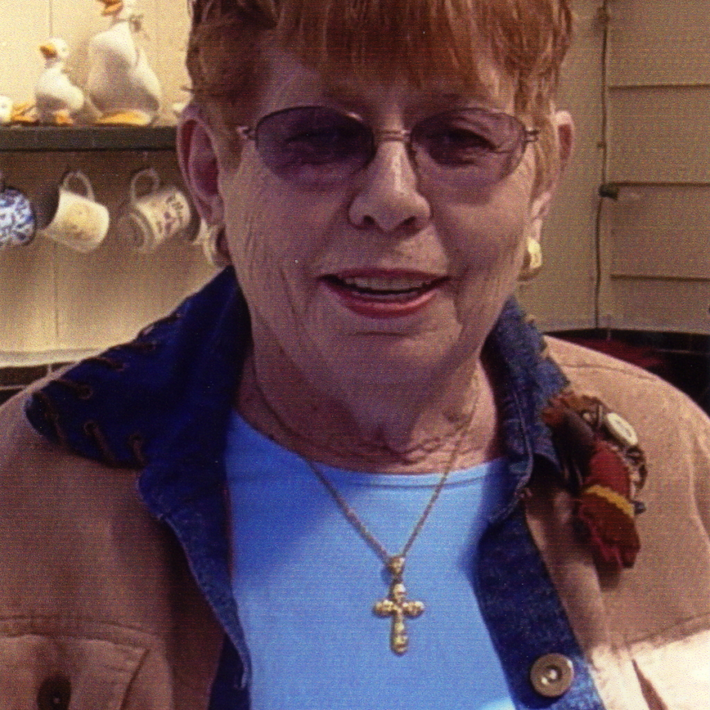 Marilyn Meredith has not received any gifts yet

Marilyn Meredith is the author of over thirty-five published novels, including the award winning Deputy Tempe Crabtree mystery series, the latest Spirit Shapes from Mundania Press. Writing as F. M. Meredith, her latest Rocky Bluff P.D. crime novel is Murder in the Worst Degree from Oak Tree Press. Marilyn is a member of EPIC, Three chapters of Sisters in Crime, including the Central Coast chapter, Mystery Writers of America, and on the board of the Public Safety Writers of America.

Tell us what makes you proud to be a writer from Springville CA? Mainly, I’m happy that there are readers who truly love my books. Because I am now writing two mystery series, I have fans who like by Rocky Bluff P.D. series best and others whose favorite is the Deputy Tempe Crabtree series.

What or who inspired you to become a writer? Since I was a kid, I’ve been writing stories, plays, and articles. Because I’ve always loved reading, I’m sure that’s what inspired me to write.

When did you begin writing with the intention of becoming published? At the age of 10, I wrote a fairy tale and illustrated it and even sent it off to a publisher. I received a kind rejection letter, telling me to try again after I was older. I did, of course, but the first two manuscripts I sent off were rejected and it was quite a few years before I tried again.

Did your environment or upbringing play a major role in your writing and why? Though my mother didn’t encourage my writing, my father thought I could do anything and I’m sure that had a big part in my continuing to write and try to get published. I married young and had five children. My writing for a while was confined to being the editor of the PTA newsletter and writing plays for my Camp Fire Girls to perform. Writing has always been a part of my life in one form or another.

Do you come up with your title before or after you write the manuscript? Sometimes it happens one way and sometimes the other. The title of my latest book, Murder in the Worst Degree was given to me by a friend before I had an idea for the book. I began writing and I was nearly done before I knew how the title would tie into the story. Other times, like Spirit Shapes, the title came from a Native American quote.

Tell us why you write the genre (s) that you write? I’ve written two historical family sagas (first books to be published) based on my own family genealogy and I wanted to fill out the stories, use my imagination and research to figure out why my ancestors moved where they did. Because I was reading both mysteries and horror, I began writing both. One of my favorites, Lingering Spirit, ( a romance with a touch of the supernatural) is based on something that happened in our family.

Tell us your most rewarding experience while in the writing process? When everything is moving along well and the story is following from my mind, through my fingers onto the computer keys so fast I can hardly keep up-and I know exactly what’s going to happen next and why.

Tell us your most negative experience while in the writing process? When I’m stuck, and don’t know exactly where the plot needs to go next. However, this never lasts long as the characters nudge me and I keep on writing until I get it wrote.

Tell us your most negative experience in your publishing journey? Through the years I’ve had some publishers who were not honest. In each case, I had a hard time believing that this was the case. And once I had a prominent agent who I thought was working for me, when in reality she wasn’t send my manuscripts anywhere. That’s why I’ve never worked with an agent since.

What one positive piece of advice would you give to other authors? There are so many ways to get published these days, find the way that suits you best. But no matter how you decide to go, always get your book edited before submitting to a publisher or self-publishing.

Who Is Your Favorite Author(s)? I have so many that I can’t possible list them all. Many of my favorites are small-press authors like me. In the eleventh novel in the Rocky Bluff P.D. series, College student Veronica Randall, disappears from her car in her own driveway, everyone in the Rocky Bluff P.D. is looking for her. Detective Milligan and family move into a house that may be haunted. Officer Butler is assigned to train a new hire and faces several major challenges.

It is serious business for Detective Doug Milligan of the Rocky Bluff P.D. when a student from Santa Barbara College named Veronica Randall disappears from her idling Toyota Prius parked in her grandmother’s driveway. Items left behind along with a new clue emerges when the neighbor Mrs. Doris Jarvis tell officers everything she can about the sedan speeding by the house earlier that morning.

The investigation revs up and the list of possible suspects grow as inquiries into college and work acquaintances begin. The ex-boyfriend Bryan Franklin is an interesting lead and so is a possible stalker from Veronica’s high school days.

Meanwhile Detective Milligan and his wife move their family into a new house that seems to suit their needs, except for the reported resident ghost. He and his new partner Felix Zachary are finding themselves dealing with other criminal activities in the community while the whole department keeps an eye out for Veronica.

A multi-faceted story line with personable characters that could be from your own community. Author F.M. Meredith writes with a charming style that brings the reader into the detectives’ investigation. Here is a small quote. “The woman moved quickly up the spiral wrought iron stairs, and the rest followed. The second floor landing had two door on both side, and an open window. A breeze brought in a mixture of scents, the salt from the ocean, the pungent almost medicinal smell of eucalyptus, and the heavy sweet odor of gardenias. The last set of steps led to a small space in front of a closed door.”

Never a dull moment when a crime mystery and poltergeist activity inhabit the same space.

Cold Coffee Press endorses ‘Violent Departures’, book 11 in F. M. Meredith’s Rocky Bluff PD Series. Each book stands on its own merit, so you can enjoy each book even out of sequence. ‘Violent Departures’ was read in from Kindle format and the review was completed on April 23, 2015. For more information please visit http://www.coldcoffeepress.com

What is a "Legitimate" Author?

It all began with Mystery Writers of America's approved publisher list. I've been an active member of MWA for years--but at this moment my publisher is not recognized as an approved publisher because they are a small press that doesn't give advances or print 500 books at a time (Mundania uses Print on Demand technology--which many New York publishers do too), though they do pay royalties, never charge authors anything, and take returns (some of MWA's other…
Continue

Something About Me and My Book:
Marilyn Meredith is the author of over thirty-five published novels, including the award winning Deputy Tempe Crabtree Mystery Series, the latest ‘Spirit Shapes’ from Mundania Press. Writing as F. M. Meredith, her latest Rocky Bluff P.D. crime novel is ‘Murder In The Worst Degree’ from Oak Tree Press. Marilyn is a member of EPIC, Three chapters of Sisters In Crime, including the Central Coast Chapter, Mystery Writers of America, and on the board of the Public Safety Writers of America.