I apologize for being out of touch but I’ve been extremely busy these past few weeks. Not to mention I took a mini get-away to one of my favorite places—Solvang, California—to celebrate my birthday. While I was there I left a couple more “Laura and the Leprechauns” books for the Bookcrossing site because I thought it would be a neat place for a book to begin its journey. The books were literally gone within minutes! It was great! I also picked up a princess dress at… Continue

We at MURDER BY 4 are thrilled to feature James Cox, Editor-in-Chief of Midwest Book Review, on our blog today. Check out the story of the man behind one of the most well-respected book review organizations on the web. Author, Aaron Lazar interviewed Mr. Cox for today's blog on MURDER BY 4.

A Q&A with Leonard Jacobs, author of the new title, the Historic Photos of Broadway: New York Theatre 1850-1970:

When did you get involved in theatre?
The theatre bug bit me early. I did plays in school, but as far as professional theatre, I did internships with Off Broadway companies, and even at one point being a “Stage Door Johnny,” waiting at the back by the door trying to get autographs.

But my break came in 1990 when I got an internship with Theater Week, a… Continue

"Building the Wall of Hope" 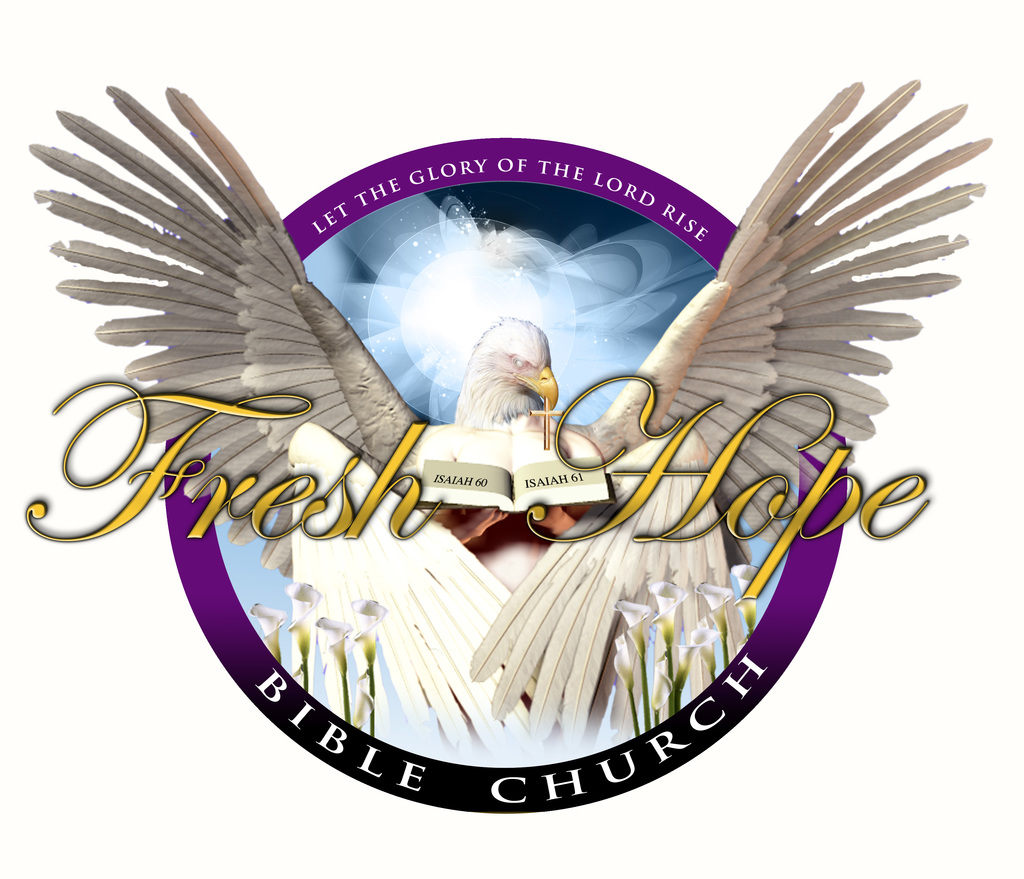 We are "Reaching the World With a Message of Hope With Radio, Books and Gospel Spoken Word." I write inspirational devotional books about "hope" which is never giving up on your goals and dreams. Please submit your favorite scripture on "hope" from any version of the bible as we continue to build the wall of hope around the world to defeat discourageent, depression and despair.
1 Samuel 2:6-10 from The Message Bible… Continue 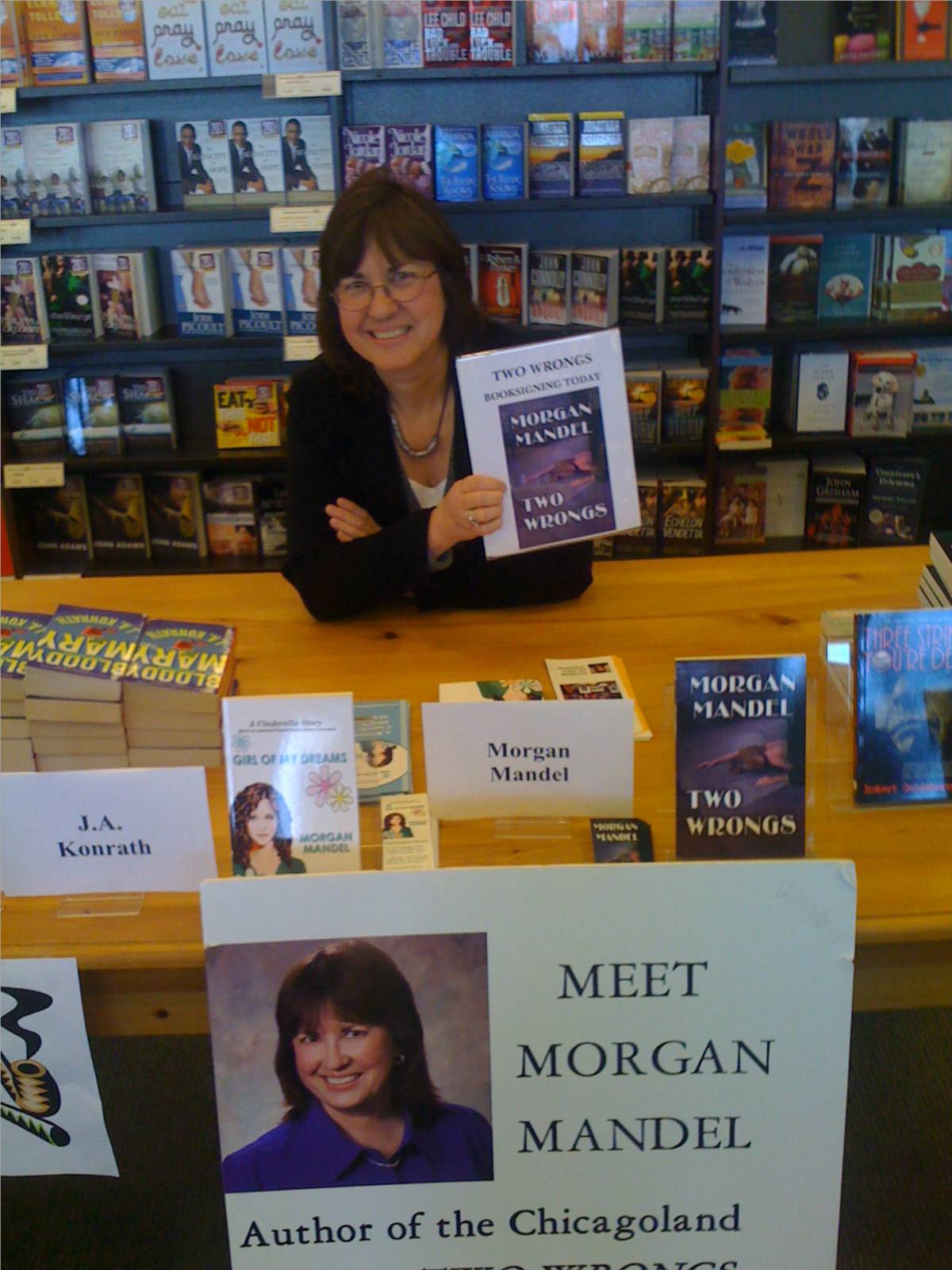 One photo from the Mystery Authors Book Signing yesterday, April 5. More are up showing the whole gang at my main website, www.morganmandel.com under 2008 Booksignings.

Have you been thinking outside the box for ways to promote your books? How about a radio interview? Every genre has someone who does them, I'm sure. I will be doing my first ever interview tomorrow. Here is the info (posted from my blog posting, so from my characters POV). Hope you can come visit and listen - E :)

'A Study in Red - The Secret Journal of Jack the Ripper' has received a nomination for 'The Author's Lounge May 2008 Best Cover Art Award'. The cover was designed by Deron Douglas at Double Dragon Publishing, and I'm thrilled that it has been honoured with this nomination. Voting opens on May 1st, at which time I will be listing the voting links in hopes that one or two of my friends might feel kindly disposed enough to cast a vote for the book.…

Did we put a tyrant in power? - Lord Carrington The Times April 5, 2008
The former Foreign Secretary remembers how Mugabe became president of Zimbabwe
Peter Carrington:
If you want to understand this week's events in Zimbabwe, a little history might be helpful. For it demonstrates how the responsibility for what has happened in that country over the past two decades lies firmly with Robert Mugabe and the decisions he has… Continue

If you're an aspiring or published author looking for some great resources, I highly recommend the following books. Some will be genre specific as this comprises a large part of my own library.

It’s the pull of gravity isn’t it?

You’re down longer than you’re up

But coming down is frightful

No time to prepare

The unsteadiness is making you sick

You wanna get… Continue

It’s like reaching for something far away. If you keep on reaching and running without stopping, you will obtain what you are reaching for. Persevering, not quitting, but going after it with all your might, as though you have to have it; that’s the driving force. Don’t look at time
as a barrier. Look at it this way, the years are going to pass anyway, so why not accomplish what you wish.

The battle starts in your mind, that’s where it is. It is a… Continue

It's been a busy week as usual. Of Dragons was released by Red Rose last Thursday, and it's been full on ever since. I have to admit I've learned a fair bit about promotion this week, and networking with other authors and…

Amazing Posts on The Writing Jungle

If you haven't yet visited the Writing Jungle and met my 25 guest children authors, then today is the last day to catch up and get to read some amazing and helpful posts.

Stay tuned, as well, for an upcoming FREE ebook compiling most of this week's blog fest.

More info once the ebook is finished.

A Short but Telling Review

This short but very telling review has been placed on the Amazon.co.uk website page of 'A Study in Red' by someone who has obviouly really enjoyed ny latest nvoel. How wonderful to see his words there, as after all, the customer is the only real critic that matters where book sales are concerned. This reader gave the book a five star rating!

A cracking read, keeps you on the edge of your seet… Continue

We're counting down the days before the official release of Divorcing the Devil on April 29, 2008. Divorcing the Devil made the Top 25 Black Christian Book Distributors Independent Publishers Bestsellers List! In celebration of this momentus occasion, we're having a book release party unlike any other. On Saturday, May 10, 2008 from 4:00-7:00 p.m., we're having a book signing, fashion show, entertainment and dinner at the Gallery Bistro, metro Atlanta's premier banquet and event facility. The… Continue

Twelve WillowRaven Cover Designs are in the Running for The Author's Lounge's May 2008 Best Cover Art Award! 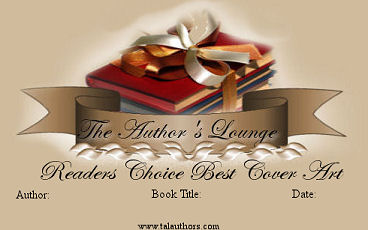 The following covers except for Shiloh's Daughter have been entered in May 2008's Best Cover Art competition at The Author's Lounge. 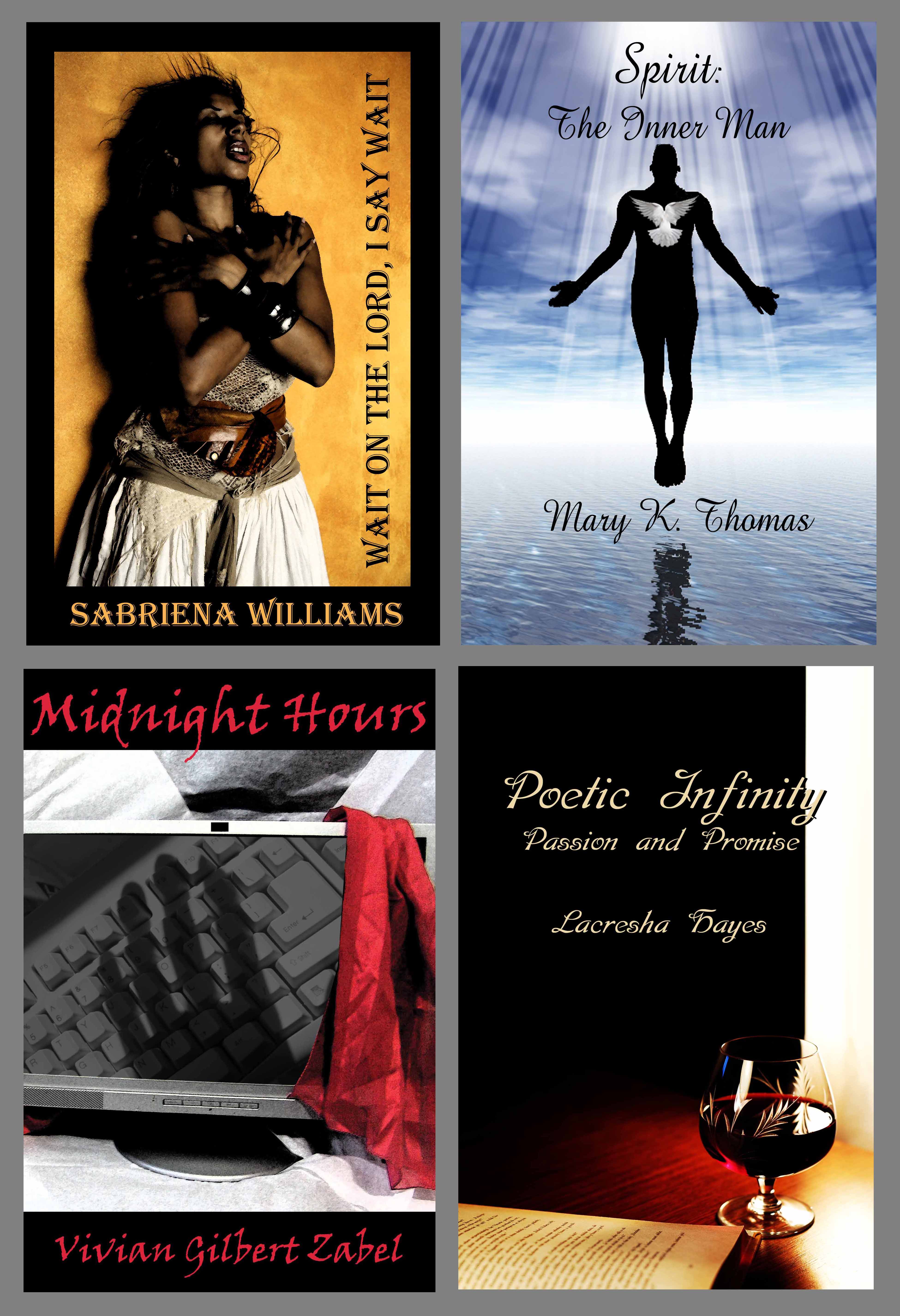 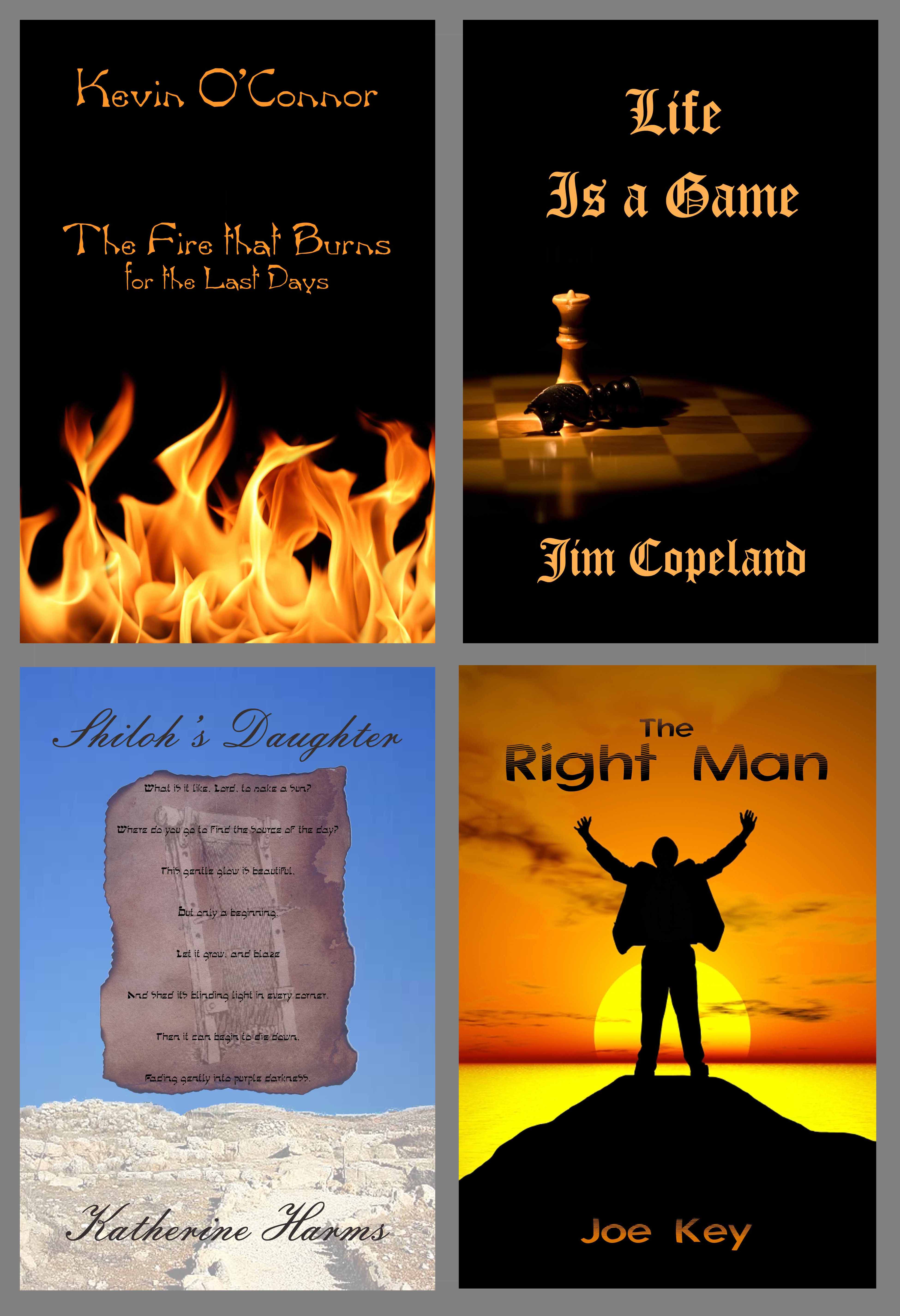 To vote for one of these adult covers follow the link below, vote, then come back here.…

Have you ever felt like a hypocrite at church?

Here's a sobering truth from my friend Cheri. Check it out.

Doubting Faithful
Have you ever felt like a hypocrite at church? I have. People see me as this super spiritual person, but I'm just like everyone else. I have days when doubt overtakes me. The mountains seem bigger than my faith, the road is filled with more obstacles than I can imagine, and I feel so small. I'm tired.

That is when the voices of doubt are louder than my voice of faith. I hear the voices say… Continue Review and free chapter of Honor Due, Return of the Sword Excerpt

Read a great review of Honor Due at the Book Hunter's Blog then email me (jeanlauzier (@) gmail.com) for the first chapter. We believe you'll love this book so want you to have the first chapter free.

Also, stop by Hamster's Bane and read an excerpt of Return of the Sword. Not only does this anthology has some great stories in it, it looks great on the table by… Continue

The Orion Book Award was for one of those great finds you sometimes stumble upon while doing research on-line. It is given annually by the Orion Magazine “to a book that has achieved excellence in addressing a growing ecological awareness and the need for a healthier relationship between humans and the natural world.” This goal and focus gets a big thumbs up from Eco-Libris!


Out of the 43 books that have been nominated for… Continue