All My April Posts At One Time

April flew by me. I didn't keep up with my blog posts so here is a mini version of all the posts. The first week while I had the chance to work at the computer, I got well under way on a book. I thought there would be warm days I'd be working outside soon and less time to write so I didn't want to waste a minute. Turns out my sister-in-law was right when she said we'd have a late spring because Easter was late. April over did it with the April showers which kept the days in between cloudy and… Continue

Amazon.com are currently making some great offers on a few of my books. Currently, they are offering my latest novel, Glastonbury for just $7.41, a saving of $12.58, or…

I love the squirrels on the cover of these stories, great stuff. But for me what is even better is the stuff inside. Cody Toye is a very talented author. He writes in many different genres and covers many different age groups. Right now he has in no particular order: The Toye Box Collection of children’s stories, Zorza the Alien a YA sci-fi series, Dribbles, and a new sci-fi series Intangibles. The last one is not one I would share with the little ones; it is dark and violent. My… 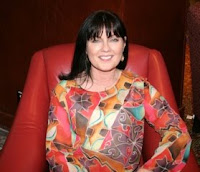 Thank you for being here today, Trish! I appreciate you taking the time to answer my questions. They were very interesting ~ for you other writers out there, this is for you!

Tell us how you got… Continue

I have a friend and fellow author at Trestle Press, Cleveland W. Gibson, willing to step in and give his two cents on H.R. Toye’s newest release in The Debtor’s Chip series, Frederick. Cleveland is the author of the digital short stories Remains, Only The Best and the soon to released Indian Rope Trick. Personally I think this series is a winner, even though the characters seem like losers. Here is what Cleveland thinks about Frederick:

Good morning on this fine Saturday. Maybe you think I am tired or not with it, but yes, this is the author’s name and the title: U.R. Mine/Cheers. It rolls off the tongue and is cute. Hopefully we will hear a lot from this author as I enjoyed the story. I want to get right to it so is what is between the virtual covers:

PIOUS is now available for immediate download to your Kindle for only $2.99! You could be reading Kenn Bivins' breakout novel in minutes and seeing for yourself what all of the acclaim is about. And all for much less than the price of a cup of a grandé soy caramel macchiato dusted with cinnamon. Mmmmm – PIOUS.

Vampires, Vampires, Vampires. Are you getting the hint here? Laurie Bowler delivers a full length novel that is deep, dark and brooding. What exactly does she have in the pages of this totally moving and suspenseful tale of woe?

“Serena finds herself thrown into the dark world of the dead;  her own maker had killed himself shortly after biting her. Leaving her unconscious and unaware of the monster she'd become, her only clue to his identity was the relic he'd left behind, the one…

A Mother’s Day Special - A story about two gutsy moms ventured inside Nettelhorst, their neighborhood’s underutilized and struggling public elementary school, the new principal asked what it would take for them to enroll their children. Stunned by her candor,… Continue

Cover and Title Have Changed...What do you Think?

Call it a writer's prerogative.  After conferring with my trusted confidante', Elaine; she has convinced me to rename the novel "The Long Road from Perdition".  Truthfully, it fits the story more accurately.

And, the cover for the last title, seemed....well, too "bright".  I was happy with it and not happy with it.  So, after creating just the right look, I think I'm satisfied.  But, the proof is in the pudding.  What do YOU think?  Take a look at the two… Continue

In celebration of Children’s Book Week children’s author, Donna McDine will be featuring various children’s book authors through guest interviews and book reviews. To add to the excitement of the week, several authors are offering Contest Giveaways. Be sure to check out the schedule below and take the time out to visit with these prolific children authors.…

Aaron Paul Lazar writes to soothe his soul. The author of LeGarde Mysteries, Moore Mysteries, and Tall Pines Mysteries enjoys the Genesee Valley countryside in upstate New York, where his characters embrace life, play with their dogs and grandkids, grow sumptuous gardens, and chase bad guys. Visit his website at www.legardemysteries.com and watch for his upcoming Twilight Times Books releases, FIRESONG(2011), TERROR COMES KNOCKING (2011), FOR THE…

Having just joined your network, I would like to introduce myself.  I have been a writer and artist for 40+  years.  My first book, MIND SONG, was published in 1978 by The Upper Room.  I was asked to write the book to take advantage of my poem, Minnie Remembers, which had been made into a film and awarded a Golden Eagle by CINE.…

AmazonThis fool tried to play me to the left. Maybe I should
decapitate his head from his body. Or rip his eyes out the socket with my knife.
Or maybe, split his head apart with my axe exposing his brain. This M/F think
I'm a joke. I'm not mad....I'm PISSED
......DERRANGED coming to stores soon

I am surprised that someone actually had to suggest to me that I read this. I had read it, loved, and being the genius that I am thought I had already posted on it. But, low and behold, I had not .Go figure! I need to talk about this digital short story, because it rocks flat out. But let’s hold our horses here for a minute. Yesterday on my blogtalk radio show ,The G-ZONE, I had Big Daddy Abel on and we had a blast, going from one subject to another including getting into a debate on where…

Hello there!  I'm so happy to have found this site and I can't wait to invite a couple of my writer-type friends to visit as well.

Probably, the best way to introduce myself is invite you to check out my latest blog post.  I'm very excited to share that I've recently self-published my first devotional-type gift book, and just in time for Mother's Day!  Check it out here:  Dreams Coming…

The Ottawa County Genealogical Society will meet Monday, May 16, 2011, in the Community Room of the First National Bank, 1749 North Main Street, Miami.  The meeting will begin at 6:30 p.m. and refreshments will be served.  The public is invited to attend this free event. 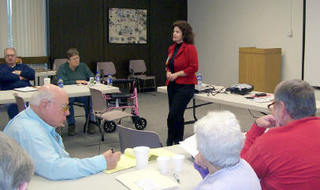 Presenting the program will be Carrie Ann Cook of the Twin Bridges area.  Topic for the evening…

If I’ve learned anything throughout all my years or writing, it’s that this business is difficult. There are obstacles every step of the way.

First, there is writing the story. Sure, if you want to take a further step back there is the creation of the plot, characters, setting, etc. I mean the actual writing, though. Setting aside a portion of the day to write. Then, after X amount of days working and rewrites and editing and rewrites, you enter the ‘send out query letters and receive… Continue

Come and meet agents, editors and publishers
Now is the time to sign up!!