A compilation of thoughts, contemplations, beliefs, opinions, trues and vogues that flow to and then through me; things to consider on the path to greater becoming (GOoDsense).

Share with loved-ones, friends, colleagues, peers, associates, and even those with whom there seems to be disharmony. I…

Sat down to the computer this afternoon after a great book signing at Heroes' Landing comic book shop and had a couple nice surprises.

First, check out a new interview with me and a....werewolf? That's right, Harriet Von Lupin (one of John Rose's Monster Grrls

The Importance Of Book Cover Design - Setting Out Your Ideas

I worked with my publisher to produce a design brief, so we could get quotes for the cover design of 'Gate of Tears' - I hadn't realised that it was such a detailed job.

In the end we found a great designer, but even so, he didn't read or absorb the brief thoroughly and it seems there was a bit of to-ing and fro-ing. I ended up with something completely different to what I…

A Deadly Hand – A Dana Sloan Mystery – Review by Martha A. Cheves, Author of Stir, Laugh, Repeat and Think With Your Taste Buds – Desserts…
Continue

The Most Valuable Financial Secret In The World

Everyone would like to know the most valuable financial secret in the world. The revelation of this mystery may come as a shock to you. Gold represents the past, present, and future store of value against which all other goods and even currencies have been and will again be measured.


If you can take advantage of this unshakable truth now, then you will profit hugely when the U.S. and other Western nations return to the…

And the heat wave continues around here. There's only one thing good about it being this hot outside, I don't feel guilty staying inside. Anyway, the writing life continues heat or no heat. I blasted out another chapter of INSECTLAND today, actually it's a re-read. I wrote the original way back in 1997 as part of a three book series. the first book TIM MADISON GALACTIC WARRIOR is available right now at:…

The Government’s Dirty Secret About the Debt Crisis

News of the imminent government shut down has even reached reached the status of water cooler conversation at the office. The effects on the average American’s psyche are devastating already. According to recent shocking polls taken, nearly one in two Americans now believes that the country will enter a second Great Depression next year or in… Continue

The Lights Go Out in 2 days http://max-whenlightsgoout.blogspot.com

The Lights Go Out in 2 days http://max-whenlightsgoout.blogspot.com

Gate of Tears is Here

I was finishing the last chapters of my thriller  'Gate of Tears' in March this year, in an apartment in Malta, overlooking the sea. British Tornadoes were flying on their way to and from bombing missions in LIbya, and I could see warships and ferries bringing refugees from Libya into Malta (just a couple of hundred miles away). The main political and superpower action in 'Gate of…

Article picked up by 96 outlets today

Have you ever done a writing collaboration? Hands please… okay here is a sampling of my experience working with Rie Sheridan Rose. First off let’s just reaffirm the fact that I am just a blogger, blogtalk radio host and occasional ”author”. I put that in parentheses because I mostly write the way I would talk, simple, to the point, not much in the way of large adjectives, painting pictures with words is not my “thing”. I think we can agree with that, can’t we?

Generally the way we…

Getting rich is a marathon not a sprint.

Okay, I got over the woman who bashed me. Thanks to all who responded with their own stories of jerks.

So, in my continued quest to get rich and famous I've come up with a few marketing ideas. First off, though not an original idea, I've decided to get bookmarks made that have pics. of my books and my website, plus info to buy them. I'm putting some at the front desk of the hotel I work at and I am going to local stores to ask if I can put them on the counter so people can…

Trust me I have plenty of skulls’ heads to make covers for this series. Did the eyeball catch your eye on this one? The best part of any of my covers is they invite you to read the content inside, which is really the best part. Sam Lang delivers an amazing second installment to his Reprisal series of digital short stories. His ability to build tension is just amazing. The prose in the story is set at a nice cadence and overall the story just rocks. Each read I get on this series further…

Recently, I was invited to join the group Writers of the South (USA). It is a small, but enthusiastic group of authors in every type of genre. The group is aimed at supporting and promoting authors in Alabama, Georgia, Florida, Mississippi and Tennessee.
As we grow, we plan to take several opportunities to showcase the varied and talented people in the group. We will hit it hard over the next couple of days, hopefully gaining some new exposure and introducing you to writings you…
Continue

Some things are not so good at the moment.  First of all, I read the the paper that Hugh Hefner's ex spoke about their life between the sheets, and said he lasted, 'like, two seconds.'  Hey, he lasted.  I thought only arteries got hard in men his age.  But it gave me a visual I just really did not need.  And neither did you, reader, and for that I apologise.

My uncle is sick, and gravely so.  I visited him yesterday, and stayed with my father and his sister.  But what was…

I love to see what comes from this author next. Is it sci-fi, YA, kids, horror, I mean you never know what is coming at you from Cody Toye. Revelation is an excellent addition to his young Intangible Series. There is plenty of new stuff to grow his universe. The action is swift and moving; the characters are dynamic and incredibly different. The essence of the story is not the violence but the means of it. What are they gaining? Why? Who benefits? If this is not on your radar, you should get…

Around the Globe with YVONNE EVE WALUS

With Iowa enduring a July heat wave, I so want to get in my transporter and go to someplace cool to interview this week's author. However, the controls are jammed and I'm stuck. So this week's questions are asked and answered hrough a series of instant messages. Where is my author? I'll let her tell you.

1. Who is Yvonne Eve Walus and what makes you the most fascinating person in your city?

Hi! I’m writing this on my laptop at one of Auckland’s boat clubs. The sun… Continue 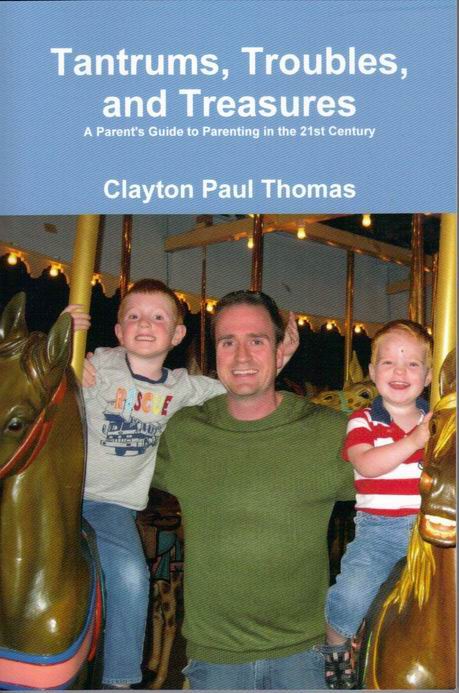 Clayton Paul Thomas has worked with kids for about 16 years from three different settings. The first was at St. Joseph Children’s Home. This was a place abused kids went after being permanently separated from their parents. Most of his parenting skills were developed here. The kids Clayton worked with ranged from ages 3 to 15.
Afterwards, Clayton…
Continue

My Life, For Her - Robert Saniscalchi, Author 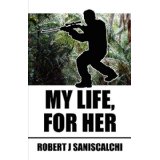 My Life, For Her – Review by Martha A. Cheves, Author of Stir, Laugh, Repeat and Think With Your Taste Buds – Desserts
‘Rob called Roy, “Beth Anne is missing!  She left the Hospital to meet us at the game and never showed.  Where the hell could she…
Continue