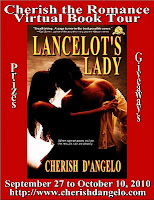 Enter to win more great prizes. If you comment on ANY blog stop post with your email address, you're guaranteed… Continue 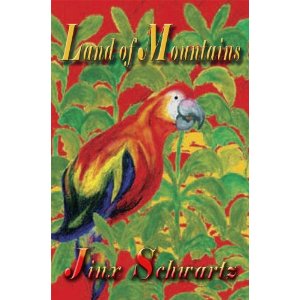 ‘Yep, that first year in Haiti was a ring-tailed tooter. I’d learned a new language, met a zombie, survived polio and malaria, and nearly started a revolution. I couldn’t wait for 1954.’

Elizabeth Ann, called Lizbuthann by most, is originally from…
Continue

An Intriguing Novel of Mystery, Romance and the Power of Voodoo

Author, Francine Craft has forged new paths in romantic fiction with her new novel, Dying on the Edge: A Romantic Voodoo Mystery, by touching on subjects such as voodoo (Francine spells it Voudou, as it's spelled by Alfred Metraux, a Swiss anthropologist who wrote 'Voodoo In Haiti'). Although set in a city that could be New York, the crux of the novel comes from the potent and magical land of Voodoo - Haiti.

Frank Ryman is the detective in Dying on…

I think I got more than I bargained for here in The Clockwork Man. I usually enjoy novels that have things blow up, wise cracking detectives, international tales of intrigue, secret agents saving the world
from the next newest megalomaniac. Here I get to read about a guy made of clock
parts and he brings upon me some serious introspective questions, making me
examine things I don’t wish to think about or knew I needed to ponder. Go
figure. This is…

OK folks i`ve been busy . Take a look at my new website next week, in particular the "Let`s take on the Publishers section." Not taking anything away from this great site, do join mine also at mossydellfantasy.com, become a member and make a difference. Thank you.

Three Are Even Better by Shon Hyneman

New book review for The Usurper

“A cold-blooded, Clancy-esque political thriller; The Usurper is sure to entertain.”

As decades of meticulous scheming and planning finally come together, the
KGB, an under-appreciated threat, takes the final steps towards the
ultimate coup. The terrorist faction exploits idealistic volunteers to
do some of the dirty work and…

We’ve all read them. Stories with solid characters and a fast plot and vivid descriptions, but nothing to make them unique. Stories that we finish reading with the vague
sense that we’ve read the exact same story a hundred times before.…

One of the best pieces of advice I've received in my quest to get published is to "Dish the Agent". I made a list of about 45 publishers, large and small, and got about a 40% response, inviting me to send sample pages. Of those, half a dozen asked for my manuscript. The upshot was two offers of a contract! Those are pretty good numbers.
My historical novel THE CORYDON SNOW - a WWII novel about the Merchant Marine - will be published in November.
Earlier attempts to find an agent were… Continue


One of the joys in writing fiction is the development of a character that can carry the writer through the entire story. Sometimes that character isn’t
even there at the start of the novel. He
isn’t even there at the original outline of…

Far be it from me to be thinking about the big jolly man in the suit already, but there seems to be a crush of novels coming everybody’s way starting last week. Yes, last week. Stuart Woods has Santa Fe Edge and John Sandford dropped Bad Blood. There are many more novels being released than the 20 I am
listing but I just wanted to highlight the… 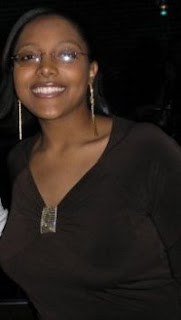 Soon to be unleashed upon the world, Glastonbury is coming ever closer...
Now, a little more about the story


Thanks so much for allowing me to blog on your site. Let me say what a cool name you have. I’ve eaten terrific scoops of your namesake in Italy,
the best in Rome.
I…

Launching a book; God bless her and all who read her!

Oh the joys of organising a book launch. It's not as difficult or politically fraught as organising a wedding, say, but it's not without hassles. I'm in the process of organsing the launch of my second novel, and I'm liaising with my local libraries, and the art gallery. The library is being refurbished, so that's out as a venue. However, they are interested in helping me, and have approached the local art gallery. All good. But then I found out tht the curator's assistant has pencilled in… 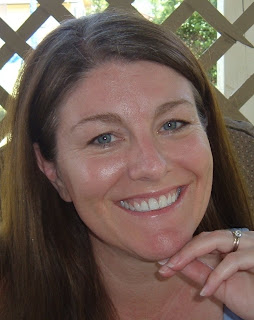 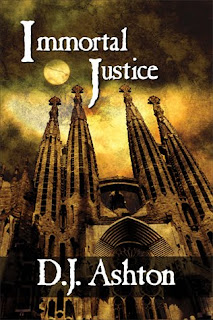 NEVER SEEN BEFORE! Little Prodigy certified to teach Yoga at only 10 years old - watch her on TV!

“Ten-Year-Old Accomplished Artist Partaking in International Yoga Teacher Certification Course Taught by Fred Busch at Miami Yogashala”
In an effort to bring the benefits of Yoga to youth, Amandine Love Lerner, a 10-year-old local artist, is among the new class of students at the Yoga Alliance Teacher’s Training Certification course offered by renowned Yogi, Fred Busch.
Miami, FL (September 27, 2010) – The benefits of Yoga have been widely documented…
Continue