The Ol' Dog and Duck by Mike Hanmer Walker 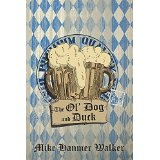 This author and poets has a wonderful way of conveying through his poetry his observations on people and events that have happened in his life, to those around him, and of course at The Ol’ Dog and Duck.

He jumps in straight away with a great poem anyone with a sibling can relate to – ‘What My Sister Did.’ I loved ‘Health and safety Ideas,’ as anyone of our generation…

Most of author Jay Dubya’s books are “Sold-Out” at Rakuten Buy.com, Alibris). Here are 6 examples among many.

So Ya’ Wanna’ Be A Teacher!

The Hypocrisy of American Slavery by Frederick Douglass

Frederick Douglass was the best known and most influential African American leader of the 1800s. He was born a slave in Maryland but managed to escape to the North in 1838. Fearing capture and re-enslavement, Douglass went to England and continued speaking out against slavery. He eventually raised enough money to buy his freedom and returned to America. He settled in Rochester, New York in 1847 and began to champion equality and freedom for slaves in earnest.… 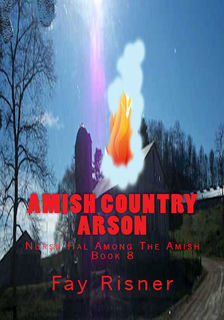 I always ask readers to get back to me with a review if they have time. This is the latest review I've received about Amish Country Arson which is number 8 in my Nurse Hal Among The Amish series.

"What a terrific book with suspense, mystery, love, and an unexpected twist at the end. I couldn't put it down. And it left me wanting more. Is there another Nurse Hal book…

How To Fight Fair In Relationships

Everybody fights. Every relationship has it, so we may as well learn how to fight fair if we are going to have arguments with our partners. The first thing you and your partner should do is to establish some ground rules even before you get into a fight. http://bit.ly/1PlObfJ

The term tense has been derived from the Latin word “tempus” meaning time. The notion of English verb tenses is very important in establishing effective communication.

Learning tenses:
I went, I was going, I have gone or I had gone to London three times. Which tense do you use in which situation?More than 9,000 users bought this app to learn…

There are a number of effective ways to present data, especially if the intent is to show one section is related to the whole. When items are presented on a pie chart, you can easily see which is the most popular and least popular.
At school, pie chart applications include showing how much time is allotted to each subject and many others.…

Some of the best educational games also do not force answers on kids. They let a “challenge” be done incorrectly and give kids the experience of anticipating what will happen. They also scale difficulty; that is why some educational games are grade and level dependent, giving the user an appropriate experience.…

Binary numbers are representations of all numbers using only zeros and ones. All computers run on binary code. It’s the latest rave, teaching kids coding and programming, and what will be the game changer in education for years to come!…

That’s why using place value charts and worksheets are necessary. Kids can practice place value, making sure digits are in the correct places as numbers get larger, and as they get smaller. Place value charts with decimals give them repetitive practice learning their “tenths,” “hundredths,” “thousandths,” and so on.…

Learning how to convert fractions into decimals can be enriched with fraction and decimal games. There are outstanding apps available for this purpose. To drill the skill until students have it down, fraction to decimal worksheets and charts do the trick. Practice, practice, practice, is the motto!…

Definition of algebra is stated as the part of mathematics in which letters and other general symbols are used to represent numbers and quantities in formulae and equations.

In mathematics, an algebraic expression is an expression built up from integer constants, variables and algebraic operations. Some apps to practice are as follows Algebra Touch, Khan Academy Algebra 1, Mathway, Photomath.…

You can try to find a working definition for “figurative language,” but I’d rather say that…Figurative language is the stuff of wordsmiths like poets and creative fiction writers. Using similes or metaphors helps bring language to life. “O my Luve is like a red, red rose that’s newly sprung in June.”—Robert Burns. Powerful line, isn’t it? Novelists can get away with a cliché here and there, but too many and publicists quickly…

Irvine, CA (September 22, 2015) – Author J. Frank James announced today that he is offering a Kindle Countdown Deal for his book Rainbow Games. The eBook will be discounted on Amazon from September 21 through September 28, 2015. Rainbow Games is an action packed crime thriller. It is the fourth book in the Lou Malloy Crime Series.

An important lesson I fortunately learned early on is that
I…

One Step at a Time

Most mysteries are a “who-done-it” mystery, but this series is totally different. Amelia Moore specializes in missing persons. The difference between cozies and other mysteries is that a cozy is always G-rated and the main character is always a woman. A cozy will usually take place in a small town, but with Amelia, her cases have taken her to some very interesting places. With the help of Rick Bonito, she always solves the case.

This series is not only an e-book and hard…