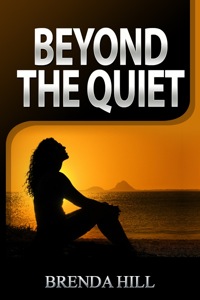 I just received the news that Beyond the Quiet has hit Amazon’s top 100 Bestsellers in the Kindle Suspense genre. And I’m thrilled. I’m going to take a screen shot so that no matter what happens from here, I’ll always remember the thrill…

Okay, I told you about this a few days ago and here it is!

Giovanni Gelati, blogmaster of Gelati's Scoop and host of the G-Zone on blog-talk-radio, created an innovative series called the Author's Lab with Trestle Press. Basically, he partners with a variety of authors to write an ongoing series of digital shorts. These e-books cover many genres mostly for adults, but I have the… Continue

The DebtClear Roadmap is finally published!

My name is Michael Croix. I am President of DebtClear.com and author of the DebtClear Roadmap: A Comprehensive Guide to Debt Relief, Credit Repair, Asset Protection, and Creditor Lawsuits. We used to charge over $1,300 for this same information, but now it is available for FREE on our website (www.debtclear.com), $14.95 for the print version and $9.99 for the digital. It also comes with a 500% limited money back guarantee if you…

Earn Money for Your Thoughtful Answers to Serious Online Questions

I don't post (here at Book Market Network) as often as I would like, because my hands are completely full. Besides tweeting and writing (blogs, articles, reviews, web content, rap/hip-hop lyrics, business correspondence, and online ad campaigns) I still provide virtual assistance for website owners.

But this posting is not about me.…

My wife is nice enough to say that this is one of our pieces of work to date. I think the material and the other author have more to do it with it than my limited writing ability. “Prince” as we have come to call it is a digital short story that can be read by anyone, and to anyone. I plan to read it to my grandsons and also I am going to let my youngest daughter finally take a crack at something the old man had a part in. It has me a bit pumped and I am thankful that Mark Miller has not…

The Royal Dragoneers – Review by Martha A. Cheves, Author of Stir, Laugh, Repeat
‘He saw that his bow was lying back where he had dropped it.  His knife wasn’t at his hip either.  Beyond the flames, he saw the shredded remains of the stag’s carcass.  The dragon had torn half the meat away in only a few seconds.  The trolls would have the…
Continue

Hello everybody! I got this news yesterday and immediately my blood pressure sky rocketed. Incredible, fun, cutting edge, intense, how more commas can I have in this sentence? Anybody?

Let’s get to it shall we: Paul D. Brazill ,one of the gods of noir/hard-boiled/mystery/horror has begun to not just put together a character but an entire series called “Drunk On The Moon” ! The first installment hits cyberspace next Friday July 8th. Each month a new installment of series…

The Students Are Coming

The students are coming….
Mission 5
Story 5
I went to a college in a place called Capel, Surrey; it’s just between Horsham and Dorking.
I used to come home to Birmingham during the holidays, if I couldn’t cadge a ride off one of the other students going in my direction I would hitch-hike as I never had any money.
I had been at college a year and was home in the summer holiday; as usual I visited my home church to say hi to everyone. The leader of the church at the time… Continue

Old Loves Die Hard – Review by Martha A. Cheves, Author of Stir, Laugh, Repeat
“We did have a good marriage,” she choked out. “If I hadn’t made that one mistake—” Clasping her arms around his neck she tried to kiss him.
While diving backwards to dodge her lips, he released her hold on his neck. “You threw me out of my own…
Continue

I'm finally working on my blog and it's up to date at last. Please visit when you can.  And thank you. Here is the link: Jennifer's blog

A few things that took me months to learn... and I did it all wrong!

So those of you who have been following my blog know that I recently published
my first ebook AFTER and I detailed the marketing and promotion strategy in this
blog. Well, just as I'm about to begin the process of releasing my next ebook
DROP OUT, I learn a very valuable lesson that probably put five months of
promotion in the toilet. AFTER has sold copies, though not nearly as many as I'd
hoped considering I'd spent months marketing and currently my combined…

I am a big fan of the work the Toyeman does, kind of hard not to be once you read some of his work: The Dribbles The Squirrel Series, Zorza, Intangibles Series, and the Toye Box Collections of Children’s Stories. His work covers different genres and age groups; I love the versatility, heart and passion his work contains. Zorza is a great example of what he likes to do and how he does it. This is actually a prequel to the first Zorza digital short story and gives us the…

I really don’t know why or how, but I have gotten a slew of deep, thought provoking novels lately, “Tribulation Point”  is another one. I want to get right to the synopsis of the novel:

“Abandoned at birth, conceived from a vicious assault on her mother, left on the steps of an orphanage, Precious must also face many other trials from her past. Teased and mocked by the children in the orphanage, she is called "half-n-half." She finds her first love only to lose…

Need to read the unforgettable, historical, fictional novel "Roots of Indifference," written from 1910-to 1941, and is the winner of the 2011 Pinnacle Achievement Award in literature history. The researched in this saga, took 20 years to complete. The history and information came from stories told by the older generations and their experience. Living in a place that everything that took place was being kept secret and never discussed in school or the educational system. By doing intense… Continue

Another 5 Star Review for The Lost Queen

Or buy the BOOK HERE and judge for yourself. You won't be… Continue

You Will Experience an AHA! in the Next Few Days

Once in a while I think I find a gem, something maybe some people have seen, but really hasn’t found the audience it deserves yet. “The Lost Queen” is one of those works.   It as a YA novel, is part of The Empyrical Tales series, and it is fun , innovative and flat out well written. Yeah how do I really feel about it huh? Here is what is between the covers on this:

“Zandria and Olena continue their adventures in the land of Empyrean. Zandria discovers a magical…

I’m releasing my inner geek here. I know I normally write a review about books in this blog but I wanted to change it up somewhat.  If you want a cool, different from the norm book, read the oldie but goodie, My Bondage and My Freedom: The Autobiography of Frederick Douglass.  It is devastating to read how a slave was treated back in the early history of the U.S.  As a teacher I like to keep up with some…

My new novel will help raise funds for The Mayflower Animal Sanctuary - Can be pre-ordered now!

Some, though not all of my friends here, will know that in addition to my writing, I'm also a dedicated dog lover, rescuer, and owner of a number of rescued dogs of varying breeds. I'm delighted that Sonar 4 Publications, the publisher of my forthcoming novel Behind Closed…