I've put together a collection of words that are sure to make your sales skyrocket. This report was originally published on John Kremer website with over 200 orders. Since then I've came out with the second edition and would like your comments and feedback on my website. My website is www.highlysuccessfulmarketing.com
Sincerely
Tim Peterson
Any comments welcome

Nashville, TN, December 31, 2008 – The members of Writers in the Sky will be ringing in 2009 with three interviews that offer our listeners fascinating perspectives on the world of marketing, both past and present. If your New Year’s resolution is to publicize your work in a way that will reach as many people as possible, then these podcasts… Continue 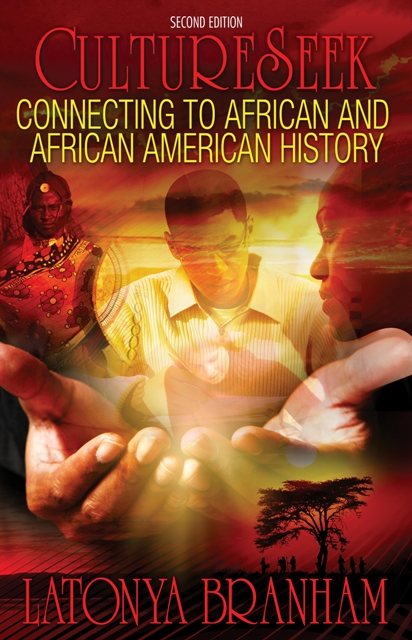 I'm starting the new year with a 50 day/50 blog tour to celebrate the release of Vexing the Viscount on February 24th! Each day I'll be guest blogging on a different site and if you post a comment, you'll be entered in my daily drawing for a FREE copy of Vexing the Viscount! Check out my itinerary at http://www.emilybryan.com/Events.htm. The tour starts tomorrow in New Zealand! Join me at some of the hottest romance sites in cyberspace… Continue

I Blogged About Monsters Needing Love, Too on Paranormal Romance Writers' Blog

I blogged about monsters needing love, too, at the Paranormal Romance Writers blog. Read it at http://paranormalromancewriters.blogspot.com/
Sapphire Phelan
http://FantasticDreams.50megs.com
www.myspace.com/SapphirePhelan…
Continue

Funeral for the World

There is crying in the air so loud that day and night no man should be able to sleep.
I woke up and looked to find the source of the tears but his face was sort of a mystery.
I asked him why was he crying and he said can’t you hear the grieving around yonder it should really break your heart.
Then he said all creation shall come to an end because they corrupted themselves from the very start.
Open your eyes young man can you… Continue

Can you believe it? Two days left of this crazy busy year? 2008 has been wonderful in so many ways and the blessings continue to mound. I hope it's been good to you too.

One note of thanks goes to the many fabulous friends I've met or bumped into here this year. Thank you for following my posts and my writing career. Thank you for stopping to answer… Continue

Here we sit, just like we were kids, only with bigger bodies, watchin' 'Daniel Boone' on TV. It's moments like this that make life such a gift. I accept this gift, cherish it and find tremendous joy in sharing it.


Daniel Boone always seemed to do the right thing for the right reasons. He was not…
Continue

Anyone have any advice for uploading my book to Kindle. I am about to release my first novel, No Vacancies on Kindle and didn't know if I should be mindful of anything.

The help would be greatly appreciated.

There’s No Reading on Tuesday, January 20 at The Fall Café!

Canceled The Fall Cafe Reading to honor the Inauguration of Barack Obama, our 44th president ☺


Saturday, January 17 at the Roots Café

Marketing a book when the Internet brings grief

When you think of what a writer needs to get published, you probably think that they need good writing skills and a good story. What comes as a minor shock to some first-time authors is the fact that a published author also needs strength and resilience and an unlimited reserve of positivity.

The ultimate reality for authors is that it is impossible to write a book that appeals to everyone, so there are going to be some naysayers. In the old days, before the Internet, this might have… Continue 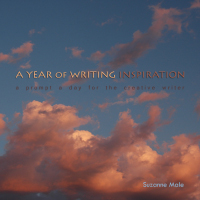 Writers and would-be writers often complain about writer’s block or not being able to think of ideas, but a new book from Smink Works Books has the answer. A Year of Writing Inspiration: A prompt a day for the creative writer provides 365 writing exercises so the writer can be creative and get inspiration on a daily basis.
The idea is that the writer takes a journal and a pen and writes for 15-20 minutes based on the writing prompts in the… Continue

Being the luckiest woman alive is no small matter. There are plenty of women out there who have more tangible possessions than I, more education, or higher position; but are they grateful for it? Or, do they take it for granted? Have the trappings of their lives trapped them into complacency? …

Battling wintertime woes? Fighting the flu? Want a great book to keep you thawed out and entertained? Red Rose Publishing is having a half price sale on all ebboks for ONE day only. January 1, 2009 is the sale day and includes book being released that day also.

Why don’t you be daring and try out a mainstream fiction novel, a cozy mystery from me?

Here is a blurb for you and the purchasing info. I hope you will try out my book since it will be at the lowest price ever… Continue

The main character of The Deathsong Chronicles, Gabriel the Gray, has his own blog.

A number of people have contacted me after my previous blog post 'A Late Plea for Votes' to inform me that the link to the New Covey Cover Awards led them to a Biblical site that has nothing to do with the awards. Why this should be so I have no idea and must apologize to those who have gone to the trouble to try and place a vote for my cover of 'The Nemesis Cell' in this month's awards.
I've checked the link myself and teh onformation contained… Continue

Be sure to use a professional book cover designer. It can make the difference between meager sales and bestseller sales. Even if you are only selling online direct to your customers, you need a book cover you can be proud of, one that anyone would be as equally proud to display on their websites or give to their friends.

For a list of such designers, see http://www.bookmarket.com/101des.htm. That's a free listing of professional book… Continue

It's a sassy little widget to help drive more traffic to your blog.

You can create your own blidget at Widgetbox.com and then (a) easily add it to your online profiles (such as MySpace or Facebook) and (b) choose a "channel" to join to add your blog to the Widgetbox Network.

Sound like gobbledy-gook? Widgetbox guides you through each stage (it doesn't… Continue