Visit My Virtual Book Tour For The Month Of May

Pump Up Your Book Promotions
http://www.virtualbooktours.wordpress.com
Starts Thursday, May 1, 08

Final Blog Stop for The Fiction Class by Susan Breen

The final blog stop for Susan Breen's The Fiction Class is today at Escape to Books. Please stop by!

The big disadvantage of being blind

Here it is. This past Saturday afternoon, a warm day, sunny and bright, I decided to eat my lunch outside. While settled in a lounge chair, safe inside the huge screen that surrounds our swimming pool, munching on a crisp salad, I listened to birds’ high-pitched melodic songs while a soft breeze played with my hair. When suddenly, a muffled squeal with a loud thud startled me. But it was the scratching that sent a chill up my spine A zillion options zipped through my head—a yucky snake, a… Continue

Wordpress plugin of the moment: Wordbook for your Facebook

I absolutely love this plugin. It's called Wordbook.

This plugin allows you to cross-post your blog posts to your Facebook Mini-Feed. Your Facebook profile will also show your most recent blog posts.

Up till now, my blog entries would show up as a note inside FB but wouldn't necessarily show up as part of the mini-feed. So I lose a few eyeballs. But with this showing up on my mini-feed, I will… Continue

At 7:21pm on April 28th, 2008, Jean Hackensmith said…
Sorry I haven't posted for so long. I've been busy writing and editing "Checkmate" and am so happy to say it is finally DONE and will be released May 1. "Checkmate" is the beginning of my "break" from the romance genre. It is classified as a "romantic thriller," but is actually more thriller than romance. My family and friends actually laugh when I say there isn't even one love scene in the entire book! (I'm known for my steamy love… Continue

What Does Your Email Address Say About You?

Having an email address that's branded
with your domain name creates a marketable
and professional email address.

Are you using the hotmail or yahoo
email services when it comes your
business, such as business cards,
flyers, or website?

How series are you about your product,
your book?…

We are having this years book festival on September 27, 2008 from 10-4 at the UAW Hall in Fostoria, Ohio. The registration fee is $35. We have added speakers and author readings this year. For more info email me at nlc_tcog7@yahoo.com

When planning my novels I live on ‘Cloud Nine’ and give a lot of thought to my characters. (Of course, although, a lot of hard work lies ahead this part is nothing but fun.)

My new hero, Justin, is intrusive. He won't go away. He is so demanding that when thinking of him I nearly burned the spaghetti sauce.

Justin’s partner to be is taking shape in my mind - both her characteristics and physical appearance.

Oh dear, amongst other things, Justin wants me to go on… Continue

Need a Book Trailer: Let me create a Multi Sensory Experience for Your Book

Book Trailers are an effect way to promote you book. By combining audio and visual components, you can entice readers to see out your work. Let me create a promotional piece that will show you book in a professional and creative light. This is what I can do for you:…

While visiting with friends, and after delighting in a plate of homemade spaghetti, our conversation turned to rice. You know...the rice shortage. Some grocery stores already ration the amount sold. The panic button pressed and its sound spread through the media.

What a perfect playground for the enemy. Doesn't he… Continue

My Most Guarded Possession

I just got a new computer; and you'd think I'd be cheering with gratitude. Instead, I’m crawling up the learning curve, sweating through every step, panting as frustration reaches heights that cannot be measured.

The problem is that my screen reader operates with specific key commands - which worked beautifully with my previous operating system. Those same key commands instead of allowing me to navigate through different applications now spark a most annoying "ding"… Continue

American author Barbara Watkins is the latest reader of the book to provide a customer review, the following being the gist of the review which she has submitted to retailer Barnes & Noble for inclusion on their website. She was kind enough to send me a copy of her review in advance of it being published, and this is it:

A Review by US Author, Barbara Watkins

I started reading this afternoon and finished in just a few hours. It was AWESOME! I can't tell you how… Continue

Would You Like to Interview A New Age Expert on Your Blog?

This week, I'm starting to coordinate a special virtual blog tour for Dyan Garris. Some of you participated during the tour we are doing this month to promote her latest book Money and Manifesting. We appreciate every one that has participated with us.

In the middle of May, we are going to do a weeklong tour to promote the wide variety of life changing products and services that Dyan offers on her website. For anyone who hasn't visited her website - the address is… Continue

A Study in Red Now at W H Smith

UK Readers may be interested to know that 'A Study in Red' has at last been added to the catalogue of W H Smith. It can be ordered for home delivery or I understand that it is also able to be ordered for collection at your local W H Smith store. The book can be found at http://www.whsmith.co.uk/CatalogAndSearch/ProductDetails-A+Study+in+Red+-9781554045273.html&tab=1… 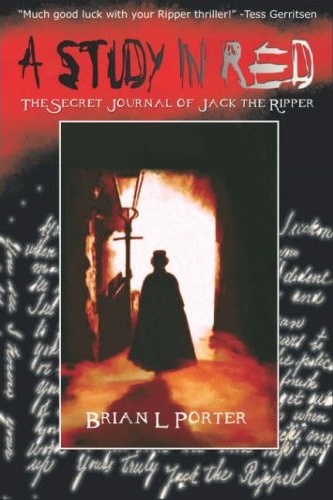 Located at the heart of Silicon Valley in Mountain View, California, East West is a big and beautiful space full of books, and quiet peaceful atmosphere. It is one of the biggest, if not The…

Getting to Scale: Growing Your Business Without Selling Out – An Interview with Jill Bamburg

Getting to Scale: Growing Your Business Without Selling Out – An Interview with Jill Bamburg

Princess Anne’s mother died and her father, James, Duke of York, had taken the unpopular step of becoming a Roman Catholic. Her uncle, the childless King Charles II, knew politics demanded his heirs, Anne and her elder sister, Mary, be raised in the Protestant faith. He appointed Lady Frances Villiers, a committed Anglican, as their governess and leased Richmond palace to Frances and her husband.

The princesses benefited from country air and were… Continue

I'm reaching out to all you aspiring authors in the world to find out what you think the reason is you're not published. Is it lack of time, lack of support, still searching for the right market?

Wander on over to the Aspiring Author blog and share your thoughts with me. Then later on we'll talk about some of these reasons and possible solutions.

3. Stop, look, and listen. And smell and taste while you’re at it. Books are a wonderful way to convey your ideas, but if you want to add texture and substance, you have to use all your senses. It’s not enough to say you ate delicious Buffalo chicken wings, though to be honest that should be enough. From what I understand, there are a few people that have never eaten Buffalo wings before. For those people, you can tell them about the steam rising off the plate of red-sauced chicken parts, awash… Continue

If you read my previous post, you learned the details of an experience about a snake.

A reader brought up the point that this scenario could not have taken place because of strict Air Traffic violations/security/ strict laws about carry-on’s. And when clarifying this, my friend writes: “P. S. This story happened in the ‘70s and quarantine had been enforced after my friend was able to bring his "pets" home.”