Jumping on Hot Topics to Promote Your Book

One of the best ways to keep your book and name in the public eye is to jump on "the bandwagon" any time someone or some issue is in the spotlight. Most authors have heard of the "platform" they should build and how "becoming an expert" is one of the steps.

As an author, following up on current events, especially those misfortunes of others, it can seem a little bit like we are ambulance chasers, always following the ill-circumstances for our own gain. But remember all of those people…

While you are wandering around the internet participating in social networking groups, reading about ideas for marketing on the internet and discussing marketing opportunities with other groups of authors, you may hear a lot of terms that you aren't familiar with. Don't despair. Most authors who are just becoming familiar with the internet gradually learn the…

Of course you already contribute to the blog at the Book Marketing Network, but having another free web marketing tool can also help drive visitors to your main website.

To help with this, BiblioScribe.com provides a free author account to the BiblioScribe Blog, allowing you to publish posts and links to your website.

Love Short Story ~ "Hold on to ME"

Part 1 – “Call an ambulance!”
“911 what is your emergency?” said the operator. “It’s our son! He’s barely breathing! Send an ambulance. Hurry, Hurry!” said Steven as he held our son in his arms rocking back and fourth. Tears were streamed down his face in rivers. “Come quick!” he screamed into the phone. “Okay…

They say when you lose someone you love, you can wish them back in another person… This was the case for me. My name is Cody and this is my story of how a wish I wanted so badly to come true, came true for me.

Pillow Talk
She was peeking at me from under her pillows, smiling and blinking her soft brown eyes slowly. I touched the tip of her nose, traced her lips and chin then held her soft hand. "Good morning Rachel" I whispered. She broke into a small smile and said…

The flight to Paris was nearly coming to an end as I watched the flight progress count down on the monitor of the back head rest in front of me. This was my first trip to Paris and I had no idea what to expect.

I could hear the 747 extend its folded legs to reach for the runway. Lifting my window shade to take a peek outside. I…

I pulled into New Orleans at sunset. I had a long week at the office and I wanted to get away for a three day weekend and Bourbon Street had my name on it. I…

I am resurrecting Self Pub News in a new, shiny way that will hopefully work better. The only type of announcements available now will be books (as opposed to events and other things).

You need to send me three things:

To be considered, your book must be available through Amazon.com and in that 75-word length. The only other item that I will accept are book videos.… Continue

1. Tell your partner that you love him/her at least once every day. Don't assume that your partner knows it. Even if your partner shows signs of embarrassment and denies that they need to hear it. Don't believe it. Do it anyway.

3. Plan a date night at least once a…

AS CO-SPONSOR I AM PROUD TO ANNOUNCE THE FOLLOWING INFORMATION ABOUT THE AVATAR AWARD!
PHIL
Continue

Amazing what can be accomplished when there are no distractions!

I finally finished updates & revisions to my publishing seminar and will be attacking the promoting seminar changes tomorrow. The handouts for these seminars needed to be completely revised and ready by January 2nd - I have several colleges awaiting these handouts for seminars I have scheduled this winter & spring!

And I am on the final chapters of Book V of my series. Once this is complete, I will do…

Destiny 11 Publications: A Self Publishing Company

Destiny 11 Publications is a publisher of Christian faith based works in the form of fiction and non-fiction books. Our belief is that God has given each of His people a gift to be used to build up His kingdom. We provide a channel of production to…

"Take your grubby hands off of me, Tex!"

"How 'bout I show you a really good time, Paidra?"

"The only good time you could show me is watching…

WHAT IS THE POPE READING THESE DAYS? 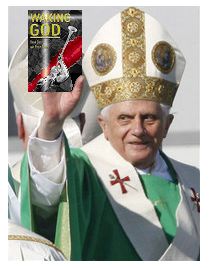 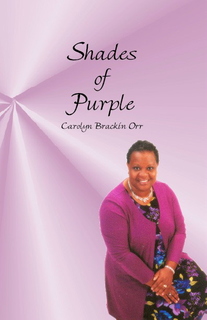 Blushing because I was caught...


Well, it was some of these kinds of friends who look after me who pointed out something quite embarrassing. I had sent cards and the…

Offense and Pride Lead to Alienation

What does pride have to do with offense, and how do they relate to unforgiveness and result in alienation from God and loved ones? It's hard to see most of the time, especially when you're right. We've all been there, haven't we?

Let's consider the following scenario. You and your brother are both invited to a very special party in honor of a mutual friend. Your brother had been planning for this party for weeks and carefully picked out a beautiful gift which he knew his friend would… Continue

My co-author Curt and I were invited to be guests tonight, Dec. 27, on www.kctu.com at 7 to 8 p.m Central time, and people can call in with
questions and comments at 1-866-905-8855. We'll be discussing our book,
"Innocence Betrayed - A Dad's Story of Clergy Misconduct" and
announcing our latest endeavor. Please tune in!