Give me that recipe!

Did you ever taste something so delicious that after you licked the last bite off the spoon, or gulped the last wonderful sip, the first thing out of your mouth is: "I have to have that recipe!"

Ladies in my Sunday school class volleyed comments about the yummy food and the scrumptious coffee punch they served the day before at a women’s tea. The lady who prepared it proudly gave the recipe while the rest of the group jotted each detail. 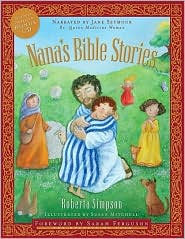 Here's a book for all of you who love to curl up with a good read that will make you sigh, dream, and just warm your heart with tender stories.
Janet Perez Eckles, committed to inspire you.
When stress clouds your day like a dark veil of smog, check out the joy that shines through my blog: www.janetperezeckles.com.

It is truly an honor to have the… Continue

Worse than cancer or any disease...

Worse than cancer or any disease…

…is the fear of public speaking. Have you ever heard that? Hard to believe. But I can sort of agree. When I was in school, I’d rather die than get up in front of the class. Tiny demons of torment jabbed at me through each minute of speech class in my freshman year of high school.

Then something happened - at the age of thirty-two I lost my sight. And when I settled in the arms of the Lord, confidence rose, security flourished, fear… Continue

Sometimes our life sizzles with anger when facing unexpected junk. Someone slices our heart with cutting words or vicious actions, or a wild driver zips into our lane causing us to slam on the brakes. Or a well-crafted plan crumbles melting our hopes and expectations.

And, as a result, the heat of our emotions scorches our day to a crisp.

If you know what I mean, check out Dr. Charles Stanley’s word of encouragement.

Without it, we are dead meaet!

Once you read the story by Rob Chaffart, you’ll agree. And hopefully you’ll check and see if you have what it takes to…

…Shake Them in Their Boots!

“We have discovered that God has provided us with a powerful arsenal for our protection: The Belt of Truth, the Helmet of Salvation, the Shield of Faith, and the Boots of Readiness that come from the gospel of peace. In addition, He has provided us with two dynamic weapons through which… Continue

I've just been slapped around...

Big time! Let me tell you how. I just got a call from my daughter-in-law. She and my son are miserably sick (probably the yucky bug that’s on the prowl).

"Do you think we can come over so you can watch the baby?"

When my daughter asked that question, my heart just about jumped through my throat with delight. (That’s a symptom of a being first time grandmother). Of course I agreed.
And once I hung up the phone, my mind went to fast mode: re-arranging my plans for the… Continue

Can I tell you mine? Actually I have two. The first one creeps up in church, of all places, right in my pew. The worship leader announces the hymn number and the person beside me makes no attempt to open the book. Instead, stands silent.

I know, I know, you’re probably thinking how do I know that since I’m blind?

I can hear real well. In fact, my ears are tuned to all voices not only from the choir, but also to those seated around me. So why does that bug me? Because… Continue

I Don't Understand my Husband

I Don’t Understand My Husband
The lyrics to the old Village People song, "Macho Man" echo in my head. But that’s not my husband. He’s not a macho man; nor did he fulfill my dreams of me marrying a muscular-bound hunk who, with one wink would melt me to nothing.

Instead, I married a man I cannot understand. If you were to peek into our family room, you’d find my husband, Gene, on the recliner with a bowl of chocolate ice cream balancing on his slightly protruding belly, pausing… Continue

You probably have no clue...

How your words encourage me. Sometimes I receive kind words about my humble posts; they fuel me to keep on writing and sending messages to lift your day.

Just like Paul traveled from Antioch to Jerusalem and all over Asia, we also travel through cyberspace to each other’s screen to share notes to encourage, to bring a little laughter, inspire one another through rough moments, and even to send a bit of enlightenment drawn from god’s Word.

So thank you to those of you who… Continue

Prunes? Wrinkles? The sure answer...

In my years of physical darkness, folks have made comments like, "Look at this." Or "Let me show you." Show me? They forget all I can do is hear, and at best, feel. But phrases have become so commonly used that they lose their literal meaning.

And when it comes to making comments about my looks (which is nothing to write home about), they must know I cannot verify in the mirror remarks like, "Janet, you don’t have any wrinkles."

The Soft Chair of Patience

Have you ever savored something so delicious that your taste buds jumped and screamed, "Where you been all my life?"

I had that experience Saturday night. Hubby and I attended a wedding, gorgeous event. We brought a piece of the homemade wedding cake home. I sunk my teeth into it. And I think my eyes crossed from the delight. It was simply out of this world, to die for, and finger- lickin’ good. (I think that’s enough clichés.)

The wedding reception was nestled in the… Continue

When your soul cries out...

Have you ever experienced your cries just echoing back at you?

Kris writes what some of us might have felt…but like a great story, it has a good ending penned by the Author of Life, the master healer and King of kings. I think you will be touched.

My eyes are very swollen from all… Continue

For Valentine's Day, he brought me roses...again!

Ungrateful, pitifully so…that’s what I am. Hubby walked in this morning and on my desk, he placed a large vase filled with long-stem roses. (I forgot to ask what color they were.)

"Here, to the beautiful girl in my life. Happy Valentine’s Day." He gave me a kiss.

Sweet, isn’t he? The only thing is that I’ve told him, very gently, I might add, that roses are great, but since I can’t see them, it’s kind of a waste of money.

I hinted, suggested and down right told… Continue

It’s finally happened, what has been predicted for years has arrived…the cell spell is here.

Now don’t wrinkle your nose, as if you don’t know what I’m talking about. Chances are, you’re probably under that spell too. You can’t avoid it; they’re everywhere - in cars, grocery stores, the mall, theaters, parking lots, airports, restaurants, churches, public bathrooms, private bathrooms. Phew! Cell phones are everywhere. Even in saunas. Now, that gives a new meaning to the phrase… Continue

He said to expect...and expect it big!

That was our Pastor’s challenge. When we ask God for blessings, we often ask mousy petitions, for limited blessings, and are reserved in the favors we ask Him.


On top of that, we ask using words that express apprehension, tainted with a bit of doubt.…

I sat on the stump, like a fool, shaking and wondering...

While perusing messages in my in box, I was just about to press the delete key, when I decided to read the following story. Once I read it, an itchy, nagging kind of feeling tugged at me. Here’s why.… Continue

What did you say? Is my hearing going, along with my eyesight?

The over-the-phone interpreting task carries its hazards. Often, a call from a medical facility might have a child screaming in the background after a vaccination. And the words that need to be interpreted get lost in the shrills and wailing that pierce your eardrums.… Continue

If it's past noon, forget about showers or baths.

There was no water supply. That’s right. Back in my hometown of La Paz, Bolivia, water was a luxury to be enjoyed and treasured only a few hours in the morning. At noontime, the faucets ran dry. Ranting and complaining only increased the frustration and probably my parents’ level of thirst, too.… Continue

Yep, I did it all. Being blind is sometimes yucky, especially when you end up with weird stuff in your mouth. The mold? I took a bite of bread that tasted moist, really moist, more than usual.… Continue

The umbrella came in handy...inside the house.

Okay, most of you know me. I’m goofy and so very “sanguine” (never ever worried about details. Instead, I look for any chance to have fun). But, sometimes that’s not a good thing. This past weekend a dear friend and I dashed off to a gorgeous condo on the water near our home in Florida. The purpose was to focus intensely on a ministry called “The Significant Woman” (brand new and awesomely impacting…